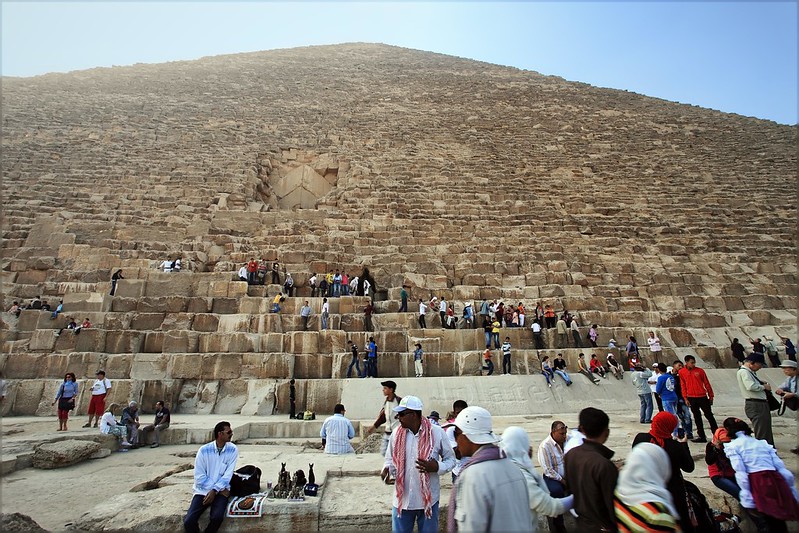 © aka Gerald All Rights Reserved

The Great Pyramid of Giza (aka the Pyramid of Khufu and the Pyramid of Cheops) is the oldest and largest of the three pyramids in the Giza Plateau. The pyramid was built as a tomb for Egyptian Pharaoh Khufu (Cheops in Greek). It took 20 years to build and was completed in 2560 BC. It stands at 146 m tall.

The limestone blocks are larger in the lower layers and smaller in the upper layers. The large blocks weigh 6.5 - 10 tons and the smaller ones about 1.3 tons.

An additional 144,000 tightly-fitted outer (casing) stones that gave the pyramid a smooth surface lasted till the 13th century when earthquakes loosened them. The Arabs recognised a great quarry of precut stones could be used to finish off palaces and mosques. They gladly removed these casing stones for construction work as far away as Cairo.

Pyramid climbing is no longer allowed unless very special permission is granted. Planes are not allowed to fly above the pyramids either. In general, the pyramids receive the national protection they rightly deserve.

People who believe strange things about the pyramids are known as pyramidiots.