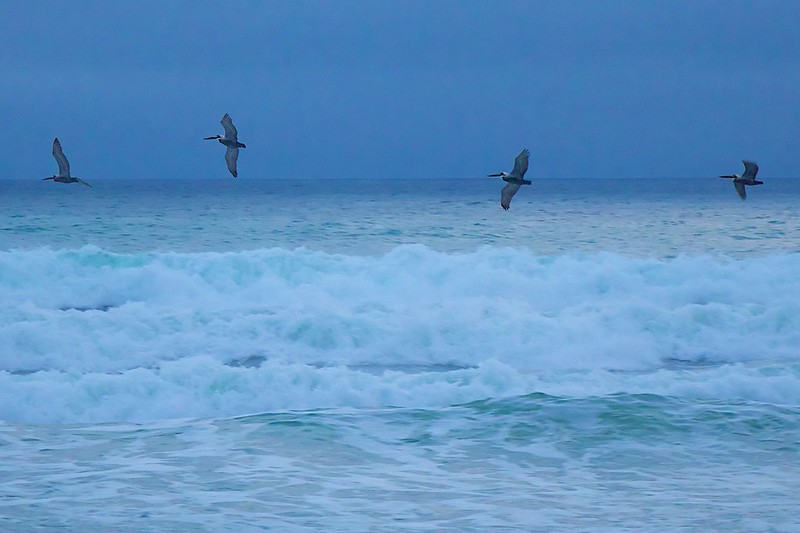 Easter is now well behind us and I've been back in NYC for nearly a month at this point...

I've managed to unpack my suitcases and get more-or-less caught up with the stuff that accumulated in my absence ... but it was only a couple weeks ago that I was able to get back outside with my camera, to resume the "streets of New York" and "peeps in the 'hood" street-photography projects that I carried out during much of 2013 and 2014.

Because I have a strong desire to let the photos sit untouched for a month before I start editing them (which involves far less discipline than the late Gary Winogrand, who apparently waited a full year before he got any of his film processed!), I won't be able to inspect any of these street-photography shots until early May.

And that means I'll have to spread out my remaining Florida sunrise shots, and probably upload only one or two new ones each day ... unless some other photo project comes along in the next couple of weeks...

Meanwhile, I will continue uploading some photos taken by my grandparents in the 1920s, 30s and 40s, out in the American West.

I spent the winter months of 2014-2015 in a warm spot on the beach in Indialantic, FL in order to escape what turned out to be a really brutal winter in the Center of the Universe, as well as most of New England. I'm now back in NYC, but I still have a backlog of Florida shots to edit and upload.

On most of the mornings I was there, I manage to get up about an hour before sunrise every morning, and be out on the beach for a morning walk just as the sun peeked up above the horizon.

On the very first morning, and every morning thereafter, I noticed that I was not the only person on the beach. There were joggers and walkers out getting their exercise, and *lots* of fishermen casting their lines out into the surf. But down by the 5th Avenue boardwalk -- where you can park your car and get a cup of coffee/latte/whatever from the local Starbucks -- there were lots and lots of people who clearly came down here just to watch the sunrise. This was particularly true after the beginning of Daylight Savings Time, for we then "sprang forward" and celebrated the arrival of dawn about 7:30 AM, instead of 6:30-ish.

These are some of the morning scenes that I saw -- the birds, the people, the long empty beaches, and the glorious sunrise...