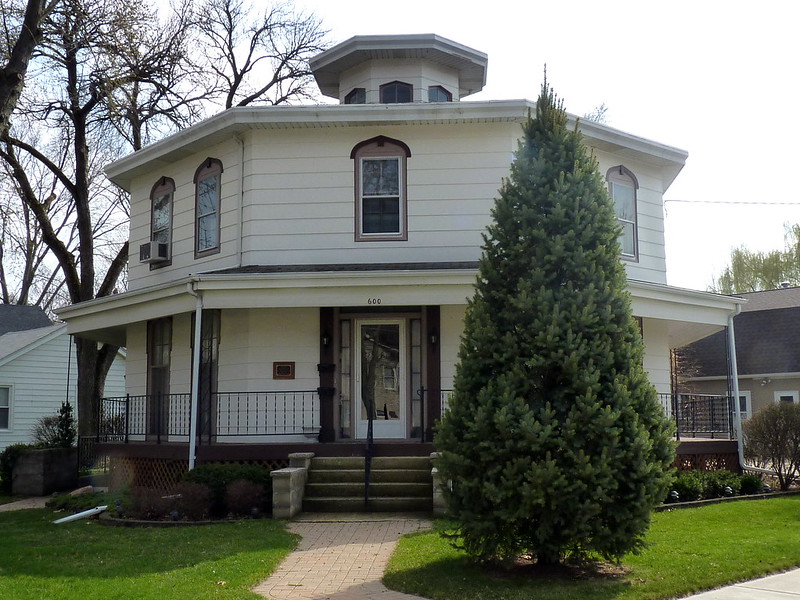 Wilmington, IL. One of 36 in the state. Nice article about it here.

"The structure's design is based on the construction method touted by Orson Squire Fowler. Fowler believed houses were much too expensive to build, and not practical in the least. In 1847 his publishing house put out a book entitled A Home for All, or the Gravel Wall and the Octagon Mode of Building. The book was an overnight sensation and Octagon houses started popping up all over the country, including in Wilmington, Vasko noted in a September Time Was column.

The construction method was simple. A wooden box form in the shape of an octagon was built and filled with any type and size of rock and sand - materials that were virtually free. Lime mixed with water was poured over the top of the rocks and allowed to dry - a precursor to concrete.

Fowler estimated a one-story house would only cost about $30 to build. In addition, the shape of the house meant that a centrally located furnace could heat the entire home evenly and efficiently. "