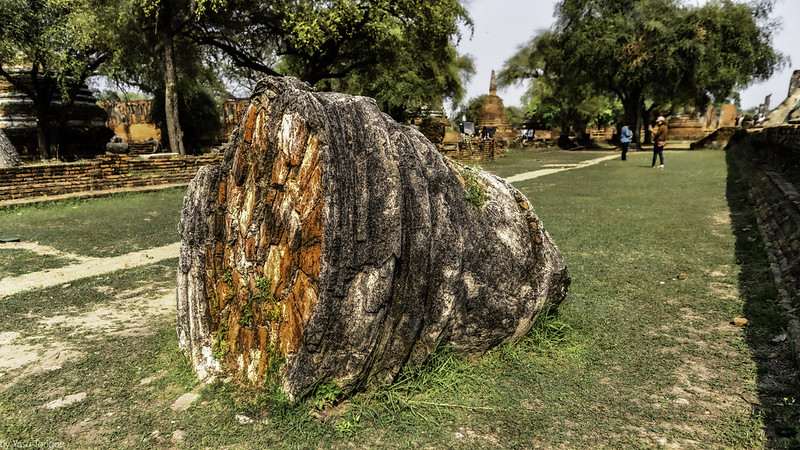 Wat Phra Si Sanphet was situated on the premises of the royal palace which had been established in the reign of King Ramathibodi I (King U - Thong). In 1448 King Boroma - Tri-Loka-Nat dedicated the site of the palace to the construction of the temple. The important edifices in this temple are the three main stupas containing the ashes of King Boroma, King Boroma-Rachathirat and King Ramathibodi II.

It was a royal temple of the kingdom of Ayuthaya, used for such important royal ceremonies as swearing allegiance and it also served as the royal family's private chapel and the place where the royal family's ashes were preserved. No monks resided here though they were occasionally invited for particular rites.

Wat Phra Si Sanphet was the holiest temple on the site of the old Royal Palace in Thailand's ancient capital of Ayutthaya until the city was completely destroyed by the Burmese in 1767. It was the grandest and most beautiful temple in the capital and it served as a model for Wat Phra Kaew in Bangkok. Wikipedia