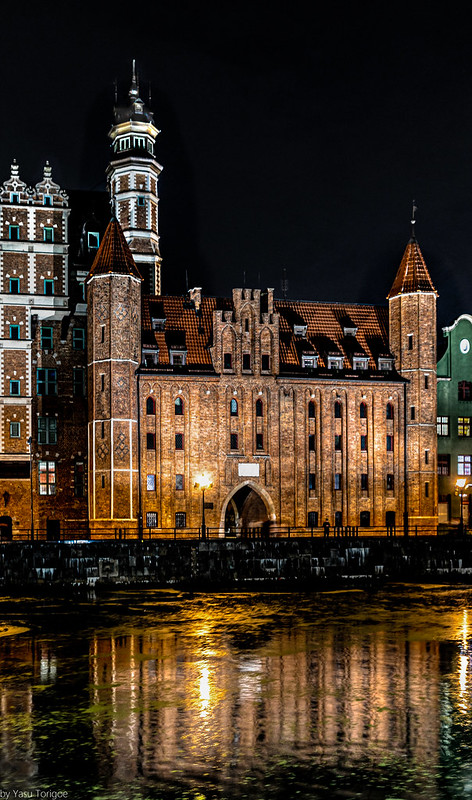 Basilica of St. Mary of the Assumption of the Blessed Virgin Mary in Gdańsk
St. Mary's Church (Polish: Bazylika Mariacka), or formally the Basilica of the Assumption of the Blessed Virgin Mary, is a Roman Catholic church in Gdańsk, Poland . Its construction began in 1379, or 1343 according to the official website. It is currently one of the two or three largest brick churches in the world, and one of the two or three largest north of the Alps. Between 1536 and 1572 St. Mary's Church was used for Roman Catholic and Lutheran services simultaneously. From the 16th century until 1945, when Danzig became Polish Gdańsk, it was the second largest Lutheran church in the world. Inside the church is room for 25,000 people.
The church was severely damaged late in World War II, during the storming of Danzig city by the Red Army in March 1945.
The reconstruction started shortly after the war in 1946. The roof was rebuilt in August 1947, using reinforced concrete. After the basic reconstruction was finished, the church was reconsecrated on November 17, 1955. The reconstruction and renovation of the interior is an ongoing effort.

Motława is a river in Eastern Pomerania in Poland. The source is in Szpęgawskie Lake, northeast from Starogard Gdański. It goes through Rokickie Lake to Martwa Wisła, a branch of the Vistula. The total length of the river is estimated at 68 km, with an area of 1511.3 km². Wikipedia