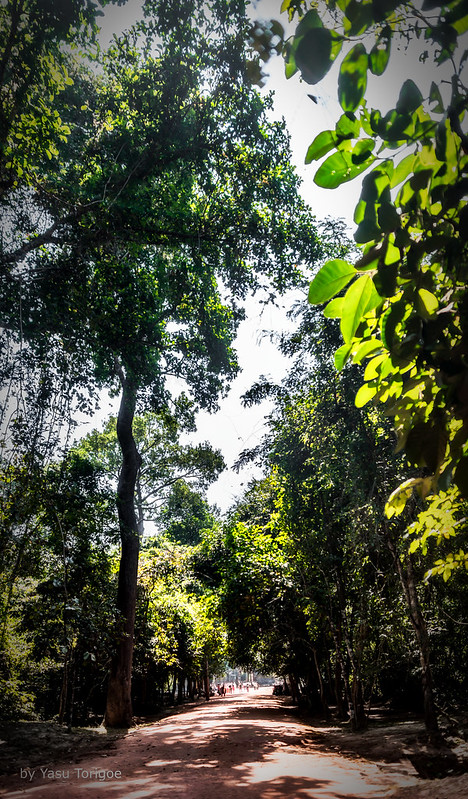 Preah Khan is a temple at Angkor, Cambodia, built in the 12th century for King Jayavarman VII to honor his father. It is located northeast of Angkor Thom and just west of the Jayatataka baray, with which it was associated. It was the center of a substantial organization, with almost 100,000 officials and servants. The temple is flat in design, with a basic plan of successive rectangular galleries around a Buddhist sanctuary complicated by Hindu satellite temples and numerous later additions. Like the nearby Ta Prohm, Preah Khan has been left largely unrestored, with numerous trees and other vegetation growing among the ruins. (en.wikipedia.org/wiki/Preah_Khan)

Heads of many statues of Buddha on the bridge had been stolen by Khmer Rouge and sold for money.