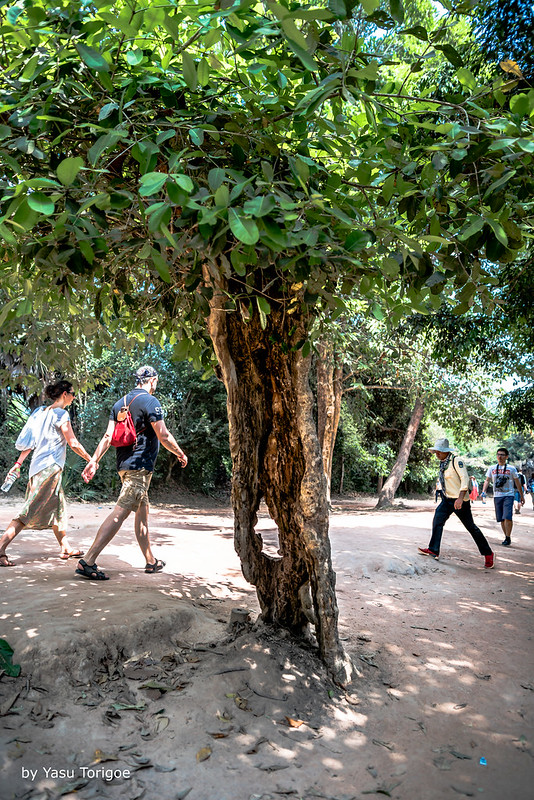 This photograph shows a small part of the original tree still remaining, yet alive with viable leaves.

Ta Prohm is the undisputed capital of the kingdom of the Trees. It has been left untouched by archaeologists except for the clearing of a path for visitors and structural strengthening to stave off further deterioration. It is possible to experience at this temple the wonder of the early explorers when they came upon these monuments in the middle of the nineteenth century. Fig, banyan and kapok trees spread their gigantic roots over stones, probing walls and terraces apart, as their branches and leaves intertwine to form a roof over the structures. Trunks of trees twist amongst stone pillars. (www.tourismcambodia.com/attractions/angkor/ta-prohm.htm)

Ta Prohm is the modern name of the temple at Angkor area in Siem Reap Province in Cambodia. This temple was built starting in 1186 ad in Khmer Empire architectural style founded by King Jayavarman VII as a Mahayana Buddhist monastery and university.
The temple of Ta Prohm was used as a location in the film Tomb Raider. Its scenes of Ta Prohm were quite faithful to the temple's actual appearance and made use of its eerie qualities.
Wikipedia