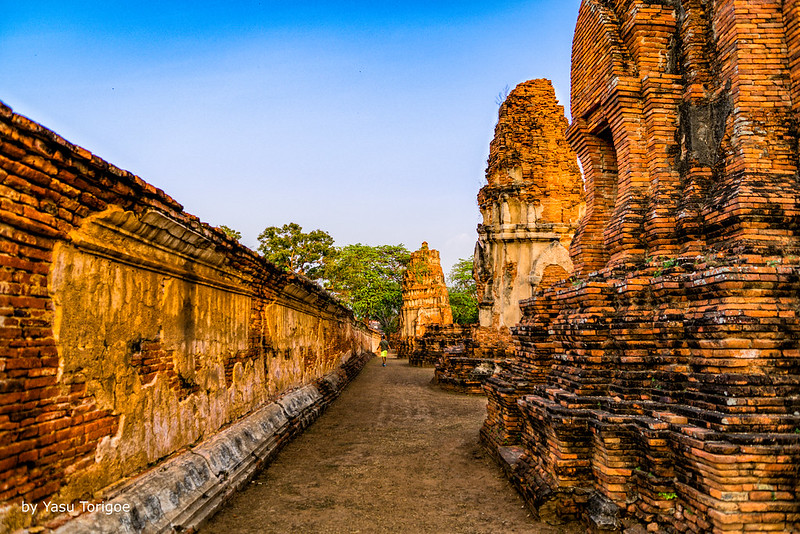 Late day view of the Wat Maha That or the Monastery of the Great Relic which is located on the city island in
the central part of Ayutthaya. Historians believe that the construction of the monastery was started around 1374 by King Borommaracha I and completed in King Ramesuan’s reign.
Wat Maha That was one of the most important monasteries of the Ayutthaya kingdom because it was the religious center with enshrined relics of the Buddha and because of its proximity to the Grand Palace. It was a royal monastery and the seat of
the Supreme Patriarch of the City Dwelling sect till the end of the Ayutthaya period
The city was captured by the Burmese in 1569. Many valuable and artistic objects were lost during this period. It was the capital of the country until its destruction by the Burmese Army in 1767 and the monastery was set on fire in the Burmese attack. Ayutthaya Thailand