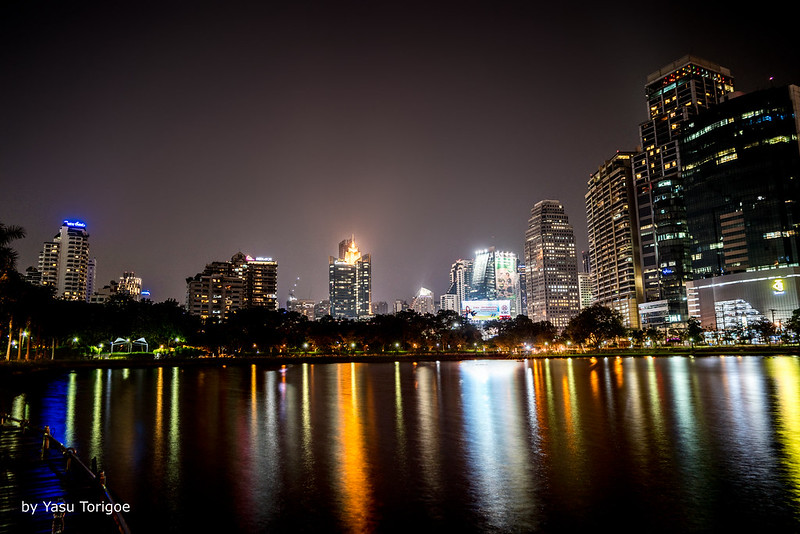 Benjakiti Park is located at Asok which is an area often described as the centre of Bangkok (it’s where the Sukhumvit and Rachadapisek roads meet and BTS and MRT cross paths). The 130 rai (21 hectacres) park was opened in 2004 to honor the 72nd birthday of Queen Sirikit. The development was part of a government scheme to improve the overall ‘livability’ of the city by creating more green spaces.