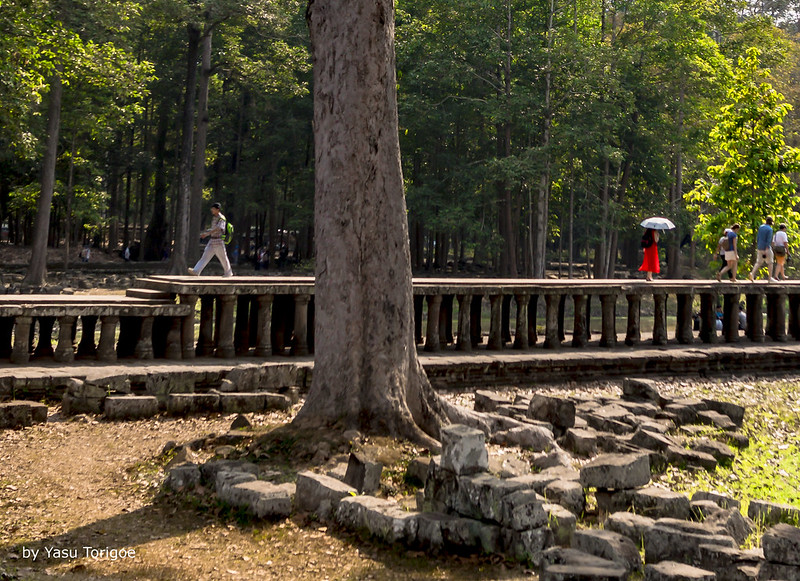 The Baphuon is a temple at Angkor, Cambodia. It is located in Angkor Thom. Built in the mid-11th century, it is a three-tiered temple mountain built as the state temple of Udayadityavarman II dedicated to the Hindu God Shiva. It is the archetype of the Baphuon style with intricate carvings covering every available surface. The temple measures 120 metres east-west by 100 metres north-south at its base and stands 34 meters tall without its tower, which would have made it roughly 50 meters tall.

In the late 15th century, the Baphuon was converted to a Buddhist temple. The temple was built on land filled with sand, and due to its immense size the site was unstable throughout its history.

By the 20th century, much of the temple had largely collapsed, and restoration efforts took on an epic quality. A second project to restore the temple was launched in 1996 under the guidance of architect Pascal Royère[5] from the EFEO. It took the team another 16 years to complete what had become known as the "largest 3D jigsaw puzzle in the world". In April 2011, after 51 years of work, the restoration was completed and the temple formally re-opened. (en.wikipedia.org/wiki/Baphuon)