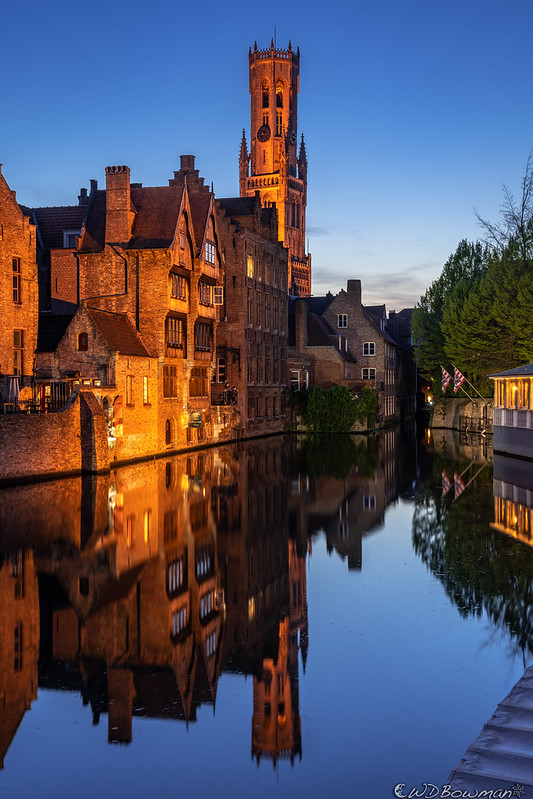 The tourist maps identify this location as the “postcard picture spot,” and for good reason. The reflection of the bell tower is stunning at night, and not so bad at sunrise as well. Bruges (Brugge in Flemish/Dutch) is called the “Venice of the North” for its lovely canals and medieval buildings. The bell tower is a prominent feature above the market square in the central part of the historic city center, 83 m (272 feet) high. Originally built in 1240, it has been struck by lightning, burned, and added on to over the years. It once had a wooden spire above the current structure which lasted only 6 years after it was constructed (another lightning victim). The bell tower was also featured in the dark comedy “In Bruges” starring Brendan Gleeson, Colin Farrell, and Ralph Fiennes.

Despite the apparent absence of humans in the scene (though there are two people on a porch across the canal) there were about 40 people crowded around this spot snapping pictures- especially lots of glamour selfies. The ribbed structure on the bottom right is a cover for one of the many tour boats that patrol the canals during the day.