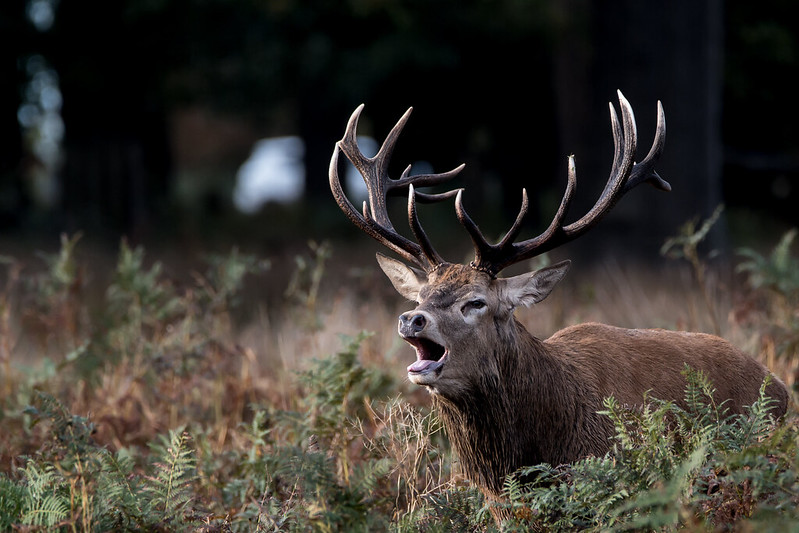 Originally created for deer hunting, Richmond Park now has 630 red and fallow deer that roam freely within much of the park. A cull takes place each November and February to ensure numbers can be sustained about 200 deer are culled annually and the meat is sold to licensed game dealers.Some deer are also killed in road accidents, through ingesting litter such as small items of plastic, or by dogs; three deer were killed by dogs in 2012.Many of the deer in Richmond Park are infected with a bacterium called Borrelia burgdorferi which can be transmitted to humans through a tick bite, causing Lyme disease.

The park is an important refuge for other wildlife, including woodpeckers, squirrels, rabbits, snakes, frogs, toads, stag beetles and many other insects plus numerous ancient trees and varieties of fungi. It is particularly notable for its rare beetles.

Richmond Park supports a large population of what are believed to be ring-necked (or rose-ringed) parakeets. These bred from birds that escaped or were freed from captivity.