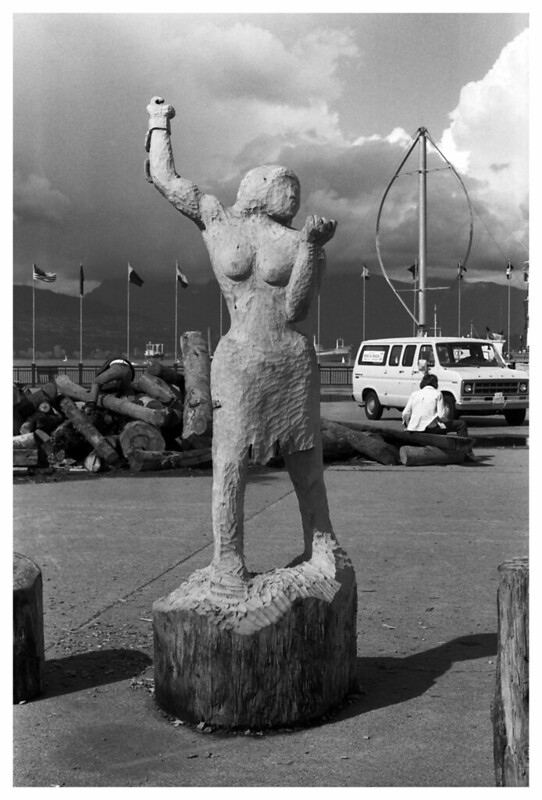 There were lots of wooden sculptures scattered around the Habitat site. I don't know the official title of this one, and haven't found anything on-line about it. I call it the "Liberation" sculpture because the figure has a shackle on her upraised right hand, something which, clearly, she has just shaken off. The vibe of the 1970s was very much a feminist one, so I think of this as a feminist sculpture. What happened to it? No idea; at least one of the sculptures on the site still survives, and is still in the park at Jericho, though somewhat hidden behind bushes that have grown up in the intervening years.

The habitat vibe was very much a cedar one, with wooden sculptures and wooden decorations everywhere on the site, so that this sculpture, with its faux primitif look is very much in tune with the gathering. Note too, the wood chips on the ground behind the statue, as if it has been hastily knocked out, on site, only moments before the Habitat opened for business. Like all political sculpture, it has a crudity about it, the ideas shouldering finish and technique off to one side; and in fact, the only parts of the work that have been finished are, curiously, the breasts.

In the background, what appears to be another sculpture, but this one made out of metal, and which looks as though it might be able to turn in a brisk wind.