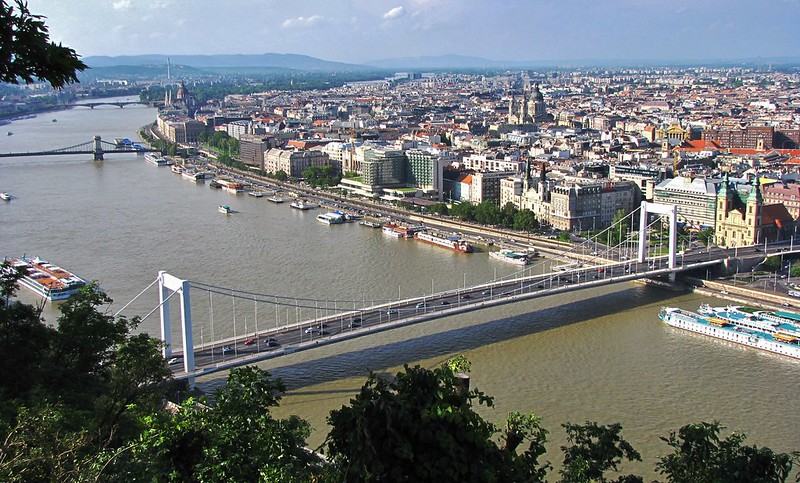 Elisabeth Bridge is the third newest bridge of Budapest, Hungary, connecting Buda and Pest across the River Danube. The bridge is situated at the narrowest part of the Danube in the Budapest area, spanning only 290 m. It is named after Elisabeth of Bavaria, a popular queen and empress of Austria-Hungary, who was assassinated in 1898. Today, her large bronze statue sits by the bridge's Buda side connection in the middle of a small garden.

The original eclectic flamboyant style bridge was built between 1897 and 1903. It was subsequently destroyed during the WW2, and a significantly simplified brutalist version was built without any ornamentation between 1961 and 1964.

Its two ends are:
•March 15 Square (with the oldest church in Pest, Inner City Parish Church, built in the 13th century) and the famous Mátyás Pince restaurant.
•Döbrentei Square in Buda with the monument of Saint Gellért on the Gellért Hill, a sculpture of Queen Elisabeth, and the Rácz Baths and Rudas Baths nearby. A luxury spa hotel is currently being built in the area.