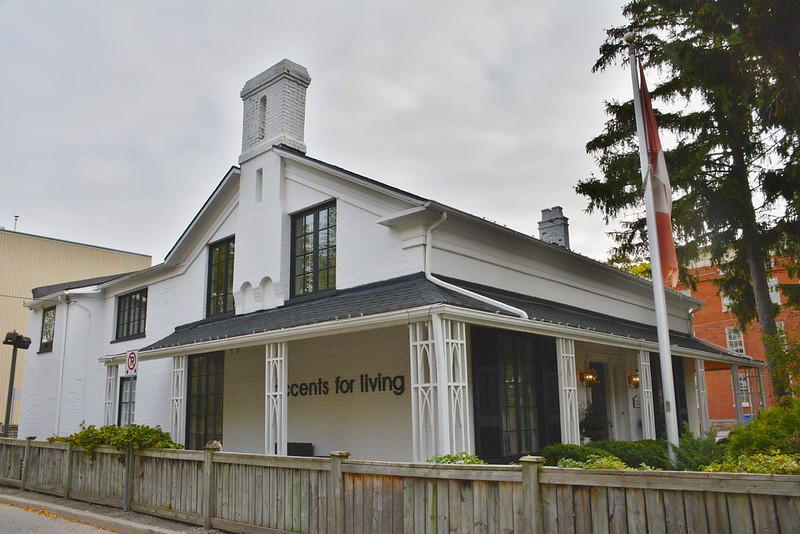 George King Chisholm House (Glen Prossen) at 85 Navy Street: George King Chisholm was born in 1815 at Nelson Township. In 1840, he married Isabella Land, granddaughter of the founder of Hamilton. They had eight children, five of them survived childhood. The family moved to Oakville in 1847 and in 1848 he purchased the lot on which the house stands from the Gore Bank, building the home around the year 1849.

In 1857, the year in which Oakville became a Town, and George King Chisholm it first mayor, he sold the home to Dr. Elwy J. Ogden and his wife Mary and moved to a new home which he had built at his farm west of the Sixteen.

Ogden in his turn sold the home in 1868 to Richard Shaw Wood and Isabella Wood. Wood, a native of Bermuda, had come to Oakville in the 1850s and founded the Oakville Oil Refinery. Wood added to the home to the rear. The addition was supposed to serve as a bank, but there is no evidence that it did.

In the early part of this century the house became the home of Captain Maurice Fitzgerald, a Lake mariner who became a coal and lumber dealer in Oakville. He lived at Glen Prossen until his death in 1931.