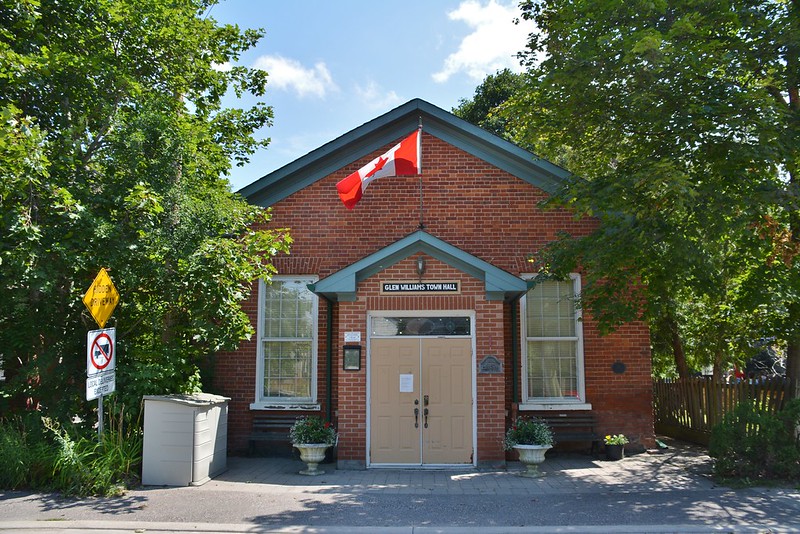 The property was designated by the Town of Halton Hills in 2008 for its heritage value under Part IV of the Ontario Heritage Act (By-law 2008-0004).

Heritage Value
Glen Williams Town Hall is associated with the Good Templars of Royal Oak Temple who approached Charles Williams for a piece of land for a community hall which they could also use for their temperance society meetings. Charles Williams deeded the land to nine trustees to be held in trust for the community. Built from 1870 to 1871 by Georgetown builder Walter McKay, Glen Williams Town Hall has housed numerous societies, churches, political meetings and acted as a polling station for elections.

In the twentieth century the hall provided the stage for dances and Canadian author Lucy Maud Montgomery who staged many works there with her Union Dramatic Players. In 1949 classes opened in the Town Hall, and in 1953 the building was officially leased to the Board of Education. After the school was relocated, the Town Hall was returned to the community. In 1976, the Town Hall was restored and in 1981 it returned to the original system whereby trustees oversaw its administration. Annual elections are currently held to select these nine trustees who are the legal owners of the building during their time of office. Glen Williams Town Hall continues to play an important role in community life.