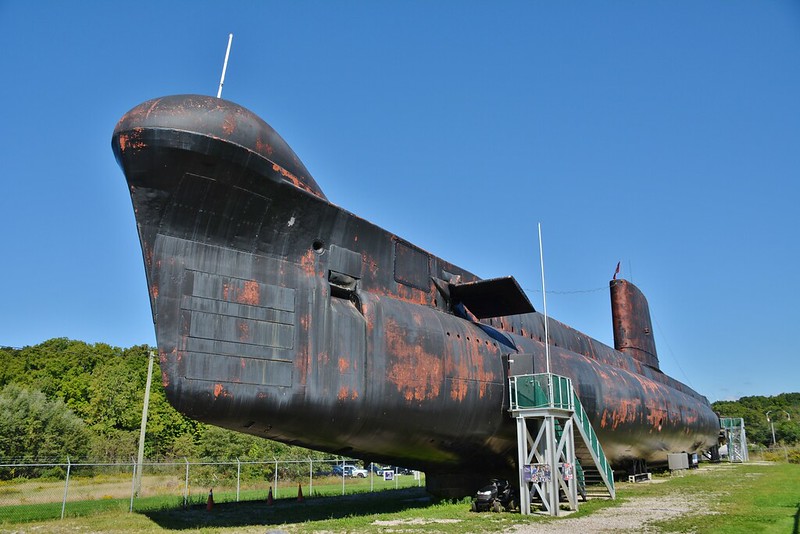 HMCS Ojibwa was an Oberon-class submarine that served in the Royal Canadian Navy (RCN) and later the Canadian Forces Maritime Command (MARCOM). Originally intended for service with the British Royal Navy as HMS Onyx, the submarine was transferred to Canadian ownership before completion, and entered RCN service in 1965. Ojibwa operated primarily with Maritime Forces Atlantic until her decommissioning in 1998. In 2010, Ojibwa was laid up at CFB Halifax awaiting disposal, with the Elgin Military Museum planning to preserve her as a museum vessel. The submarine was towed to Port Burwell, Ontario in 2012, and was opened to the public in 2013. She is now the new focal point of a planned Museum of Naval History to be built alongside.