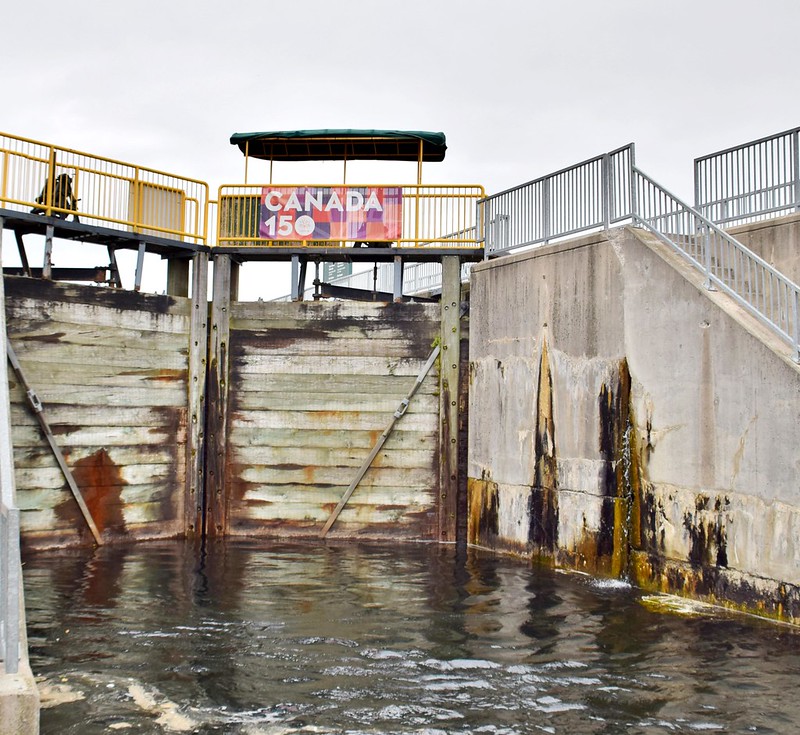 The Trent–Severn Waterway is a 386 kilometres (240 mi)-long canal route connecting Lake Ontario at Trenton to Lake Huron at Port Severn. Its major natural waterways include the Trent River, Otonabee River, the Kawartha lakes, Lake Simcoe, Lake Couchiching and the Severn River. Its scenic, meandering route has been called "one of the finest interconnected systems of navigation in the world".

The canal was originally surveyed as a logging route, but the first lock was built in 1833 as a commercial venture. This connected a number of lakes and rivers near the center of the waterway, opening a large area to navigation by steamship. The government began construction of three additional locks when the Upper Canada Rebellion of 1837 broke out. This led the government to re-examine the project, concluding that the route would have too many locks to allow rapid movement for logging purposes. They decided that the locks under construction would be completed, but the rest could be turned into timber slides. This left the completed inland section with no outlet, which business interests addressed by connecting to the route with a number of new toll roads, plank roads, and later, railways.

John A. Macdonald's government restarted construction in the 1880s, adding a number of new locks and pushing the route westward before construction once again halted. For many years after this, the canal was used as a political tool to garner votes from seats along the route, with little actual construction being carried out. It was not until just before the turn of the century that a number of political changes built up incredible pressure on Wilfrid Laurier's Liberals and serious work started once again. The canal reached both Peterborough and Lake Simcoe in 1904. The final sections were greatly delayed by World War I, with the link to Trenton opening in 1918, followed by the link to Georgian Bay in early 1920. The first complete transit of the waterway was made in July of that year.

By the time the route was completed its use as a commercial waterway was over; ships plying the Great Lakes had grown much larger than the canal could handle, and the railways that originally connected to the canal now took most of its freight. But the introduction of motor boats led to the Trent–Severn's emergence as a pleasure boating route, and today it is one of Ontario's major tourist attractions. Its passage through cottage country, both Muskoka in the west and the Kawarthas in the east, makes it perfectly positioned as a cruising route, drawing thousands of visitors every year. It also forms a major portion of the Great Loop. Today it is officially organized as a National Historic Site of Canada linear park operated by Parks Canada. It is open for navigation from May until October, while its shore lands and bridges are open year-round.