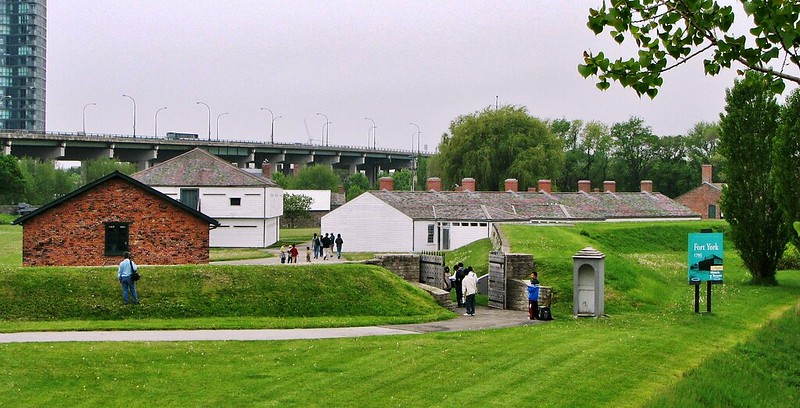 Fort York is a historic site of military fortifications and related buildings on the west side of downtown Toronto, Ontario, Canada. The fort was built by the British Army and Canadian militia troops in the late 18th and early 19th centuries, to defend the settlement and the new capital of the Upper Canada region from the threat of a military attack, principally from the newly independent United States. It was designated a National Historic Site in 1923. The City of Toronto designated the site, along with the nearby Fort York Armoury, as a Heritage Conservation District in 1985.