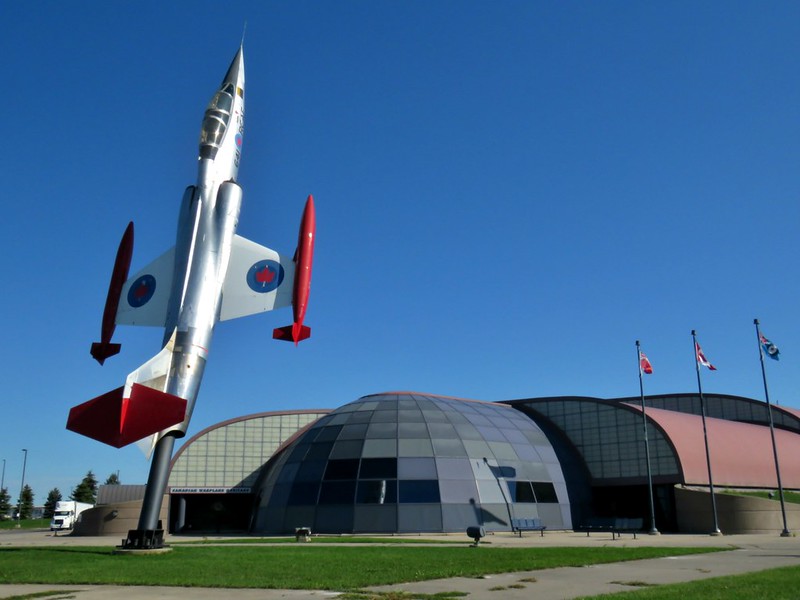 Excerpt from the plaque:

The CF-104 Starfighter was designed in 1952 by C.L. Kelly Johnson in Burbank, California. In July 1959, 200 CF-104's were ordered by the RCAF to replace their aging F-86 Sabres. The first Canadair built CF-104 flew in May 1961 with a total of 340 built under licence in Canada. In 1962, No. 427 Squadron first flew the CF-104 with NATO in Europe for a nuclear strike with seven more squadrons joining the following year. CF-104's continued service in fighter, strike and photo reconnaissance roles until 1986 when they were eventually phased out.

The Canadian built CF-104 Starfighter was one of the most successful jet fighter aircraft to serve with Canada's Air Force. This two-seat Starfighter is a CF-104D and was used for training purposes.