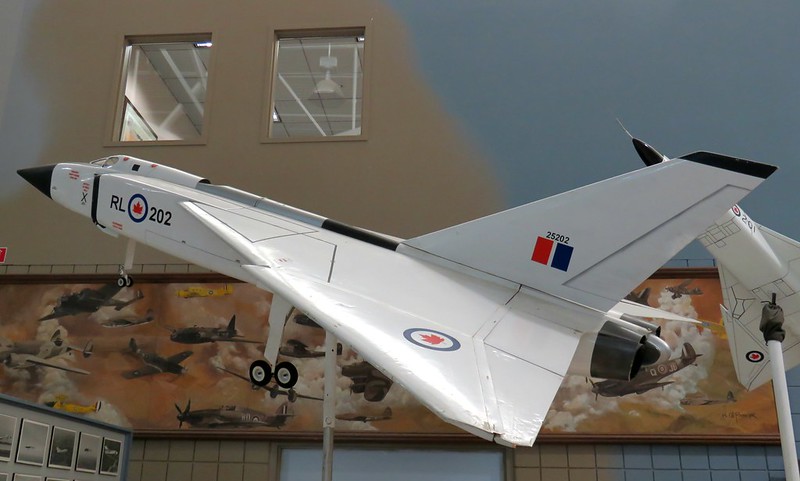 Excerpt from the plaque:

During the height of the Cold War, the Soviets introduced new long range bombers, capable of flying over the North Pole to attack North America. This was seen as a serious threat, as the continent lived in fear of a surprise nuclear attack. The Avro Arrow was designed in response to this threat.

The Avro Arrow was built to replace the Avro Canada CF-100 Canuck as a supersonic all weather interceptor. The CF-100 Canuck, was a sub mach aircraft and not capable of filling this need, so the design of the CF-105 Avro Arrow was implemented in 1953. Production was started and less then 4 years later, the Arrow was completed. The first roll out was October 4, 1957 with the first flight being on March 25, 1958.

A source of national pride, the Arrow incorporated advanced technical innovations and became a symbol of Canadian excellence.

One of the finest achievements in Canadian aviation history, the delta wing Avro Canada CF-107 Arrow was never allowed to fulfill its mission. The Arrow weapons platform along with the Iroquois engine was cancelled by the Conservation Diefenbaker government on February 20, 1959, less than 3 weeks before the MK2 Arrow was to take flight.