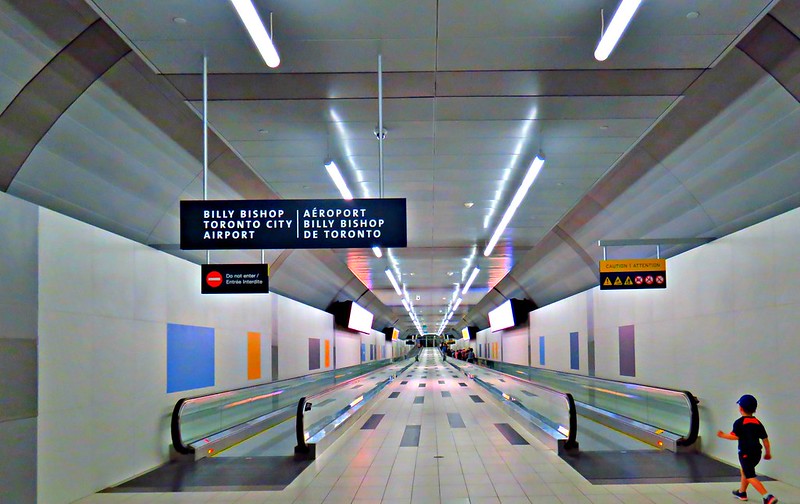 The Billy Bishop Toronto City Airport pedestrian tunnel is a pedestrian and utilities tunnel between Toronto Islands and Toronto. It passes under the Western Gap and connects Toronto island airport, on the Toronto islands, with the mainland. The project began in 2012 and after several delays, was completed in the summer of 2015. After the completion of the tunnel, ferry service remains to allow vehicle access to the airport and islands.

The tunnel project connects the airport terminal to the Toronto mainland at Eireann Quay, at the foot of Bathurst Street. The project consists of a new pavilion on the mainland end of the tunnel, a 240 m (800 ft) pedestrian tunnel and a tunnel for sewage and water mains. The pedestrian tunnel has moving sidewalks. Elevators were also built at both ends. On the island side, an escalator has been constructed.

A consortium known as Forum Infrastructure Partners, composed of firms Arup, PCL and Technicore, designed, built, financed and will maintain the tunnel, which is free to use. Ground-breaking began in March 2012. Initially, the tunnel was estimated at $38 million, but this was revised to a cost of $82.5 million. It was expected to take 25 months to complete but eventually took 40 to complete.