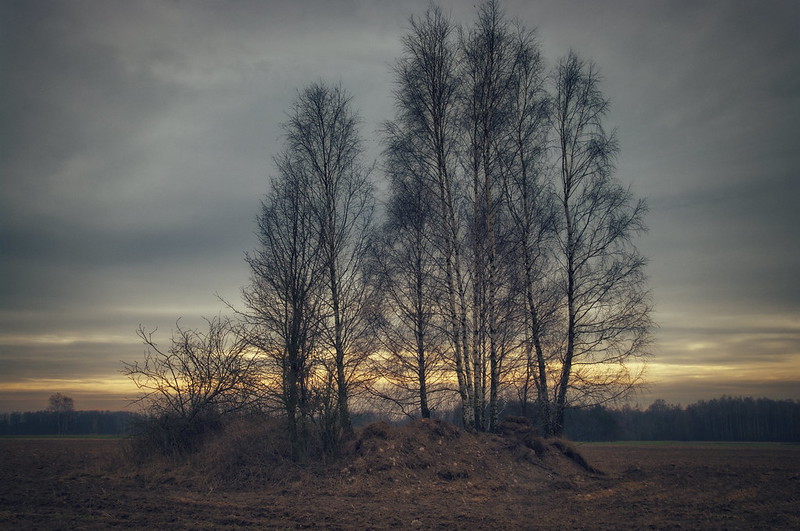 In 1939 when Germany and Soviet Russia attacked Poland they affectively partitioned the country 50/50. The new German-Soviet border in the middle and south of "former Poland" ran mostly along the big Bug river.
Further north though, the river curved westwards and the border was drawn more or less vertically on the north-south axis. In this way Germans were already firmly established on the eastern part of the river barrier and this is where the Soviets massed most of their formidable concrete pillboxes of the Molotov Line. They sensibly assumed that no enemy would bother to force a river crossing when only couple of kilometers to the north the secret Ribbentrop-Molotov Pact has placed that possible enemy on the eastern riverbank already.
Yet, even that secondary strategic direction was not left undefended. Over the years we had mapped the area thourougly but still there were small gaps which made us slepless and this is where I happily lurked very recently.
Of course, there are no formidable pillboxes of the usual type but way back in 1941 there were dozens of simple bunkers which dotted the landscape there. They were built from concrete and stones - collected by the farmers forced to labour for their new Soviet masters - and were reinforced by huge wodden logs covered with earth embankments. They were simple, cheap and effective. And there were lots of them.
Unfortunately, their simplicity became their curse, too. Most were levelled after the war - nobody wants to have a mountain in the middle of his farmland! Those which remained are usually hidden in the forests with just a handful remaining on the fields. They are difficult to find and mapping them is not an easy task. After all, not every hole in the ground can be traced back to 1941 so you need to know what you are looking for.

What you see on the photo is what remains from one of those bunkers - a little embankment and a cluster of trees:)
Yet there is also a little story attached to this very place. And old man living nearby remembered perfectly that his father, once the Soviets fled, immediately helped himself to a huge amount of freshly cut wooden logs and he hauled a ton of them to his farmyard, apparently a quantity big enough to build a new house or a barn. And then the Germans came...
They reckoned that he had stockpiled far more than he could ever use himself and they immediately ordered him to share the wood with another farmer whose house got burnt.
This small tale also shows that maybe not all human beings should always be judged by the color of the uniform they happen to wear - even when war is raging all around.