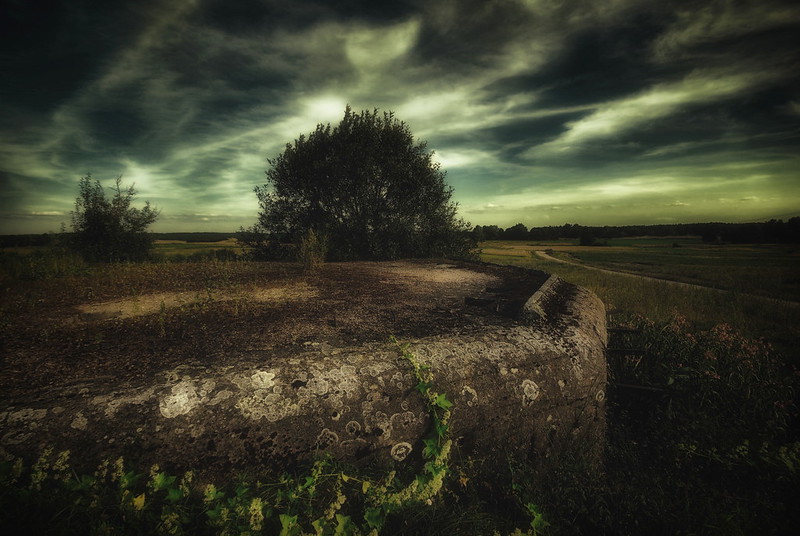 The region of Lithuania where today's borders of Poland, Belarus and Lithuania converge, heavily forested and dotted with lakes, hasn't changed much since 1941. The nature itself was a formidable obstacle for the advancing Germans and the lack of good roads was only adding to the trouble.
Should the Soviets had enough time to complete their massive defensive effort this part of the Molotov Line would be a tough nut to crack. There were 273 pillboxes in the Alytus Fortified Region which were counted as being “in various stages of construction” but only 20 were considered to be fully built. Yet “fully built” is not equal to “combat ready”. In the early morning of 21 June 1941 this category showed plain zero.

This particular pillbox, designed for three heavy machine guns has never had its belt-fed Maxims installed . Even though it's not standing on a hill it's clear that its would-be defenders would enjoy a perfectly clean field of fire should the attackers appear along the distant treeline. But to get there, they'd still need to cross a vast lake which is just behind the trees and there were other pillboxes in the area which task was to make such crossing impossible.

Best on black at Fluidr