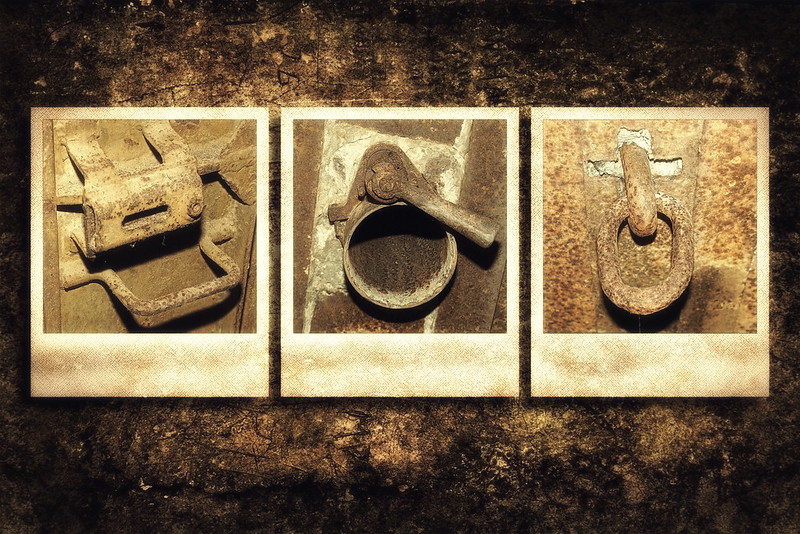 A small triptych featuring various rusty elements from pillboxes of the Molotov Line.

And so we have here:
A lock of the armored door barring the interior of the pillbox (several hundred kilograms of solid metal fitted with rubber gaskets to make them gas-proof);
A periscope tube with remains of the mechanism to rise/lower the periscope. Most of the pillboxes, except for the smallest ones, were equipped with good quality periscopes mounted in a metal tube which was closed by a round plate at the roof of the structure. The plate was moved sideways by a long iron rod attached to the handle shown at the photo. Then, a periscope could be risen to provide 360 degrees view. Those plates and tubes proved to be the weakest spot of the Soviet bunkers. The round plate (or lid) could be pried open by a crowbar and grenades could be rammed inside the tube. Most often than not, once the German assault pioneers got to the roof it was usually beginning of the end for the crew inside.
Solid hook mounted in the ceiling of an artillery casemate. They were two of them – another was fixed to the wall opposite the loophole. They were used, along with metal ropes, to lift heavy gun elements in case they required replacement or servicing.