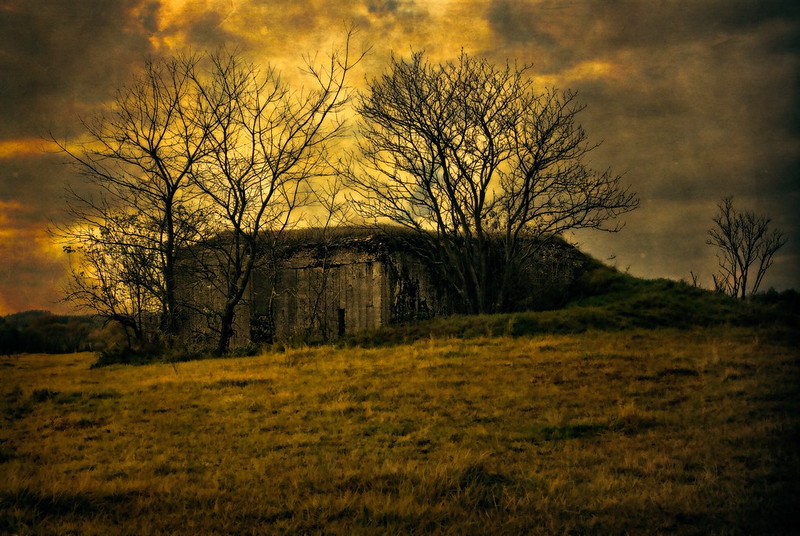 Or, rather, it was supposed to be equipped like that. Although some other bunkers in this strongpoint were fully equipped and armed this one was just an empty concrete slab. When the German steamroller crashed through the border in summer of 1941 Łebki strongpoint, undermanned and still unfinished, was hastily abandoned. No resistance was offered and 13 pillboxes located in the area wear no combat scars.