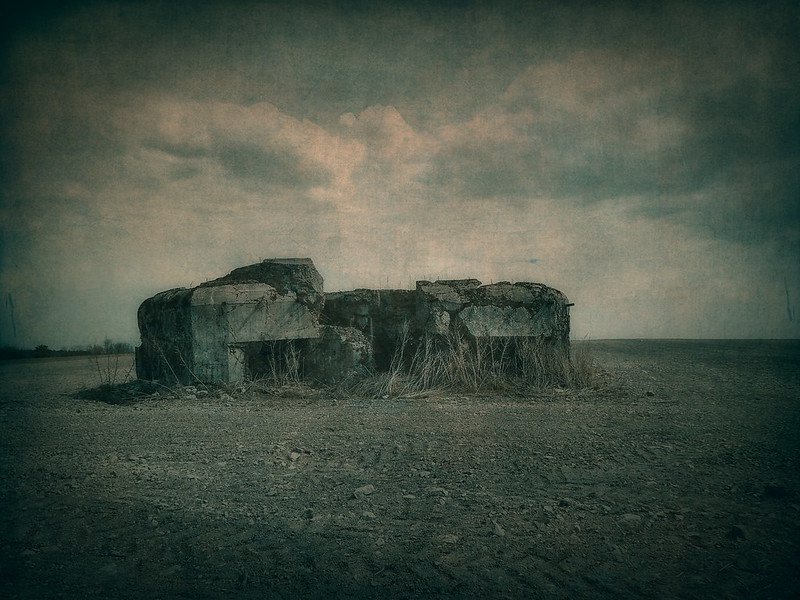 This anti-tank semi-caponier was equipped with one 45 mm gun and three heavy machine guns.
Part of the Molotov Line, located in south-east Poland and western Ukraine, was almost catching up with the construction schedule in 1940-41, with many of the pillboxes almost fully equipped and armed. Consequently some of the strongpoints showed stubborn resistance during the opening hours of the German-Soviet war.
The structure is heavily damaged with the roof cracked open and some serious internal damage which is a direct result of deliberate action of the German pioneers who had blown off the armored housings of the guns.