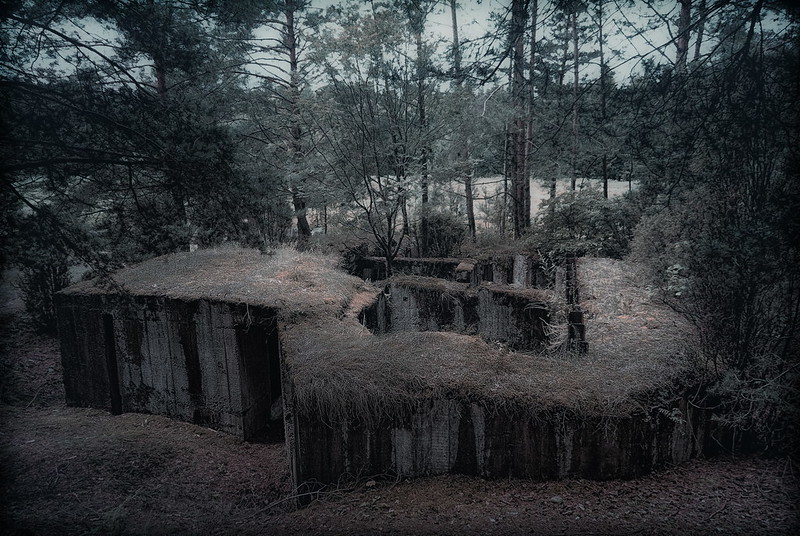 Unfinished pillbox for three heavy machine guns. There was no time to complete the roof and the whole construction was obviously made in great haste as the poor workmanship is clearly visible.
Not a single one of the pillboxes in this area was ever fully completed and some had only their substructures laid down. But no matter how badly the Soviet builders have lagged behind their schedule they never forget to herd the nearby local population into digging huge antitank ditches which were supposed to protect the strongpoint from the German armored vehicles.
Forced labor was used on a massive scale and is one of the dark and forgotten chapters in the history of Soviet fortifications.

This shot was also a prime candidate for a quick trip to the bin. But what on Earth one can expect when shooting from a tree which is swaying forth and back? I tried to do some surgery on it and at least you can see there's no roof down there indeed.