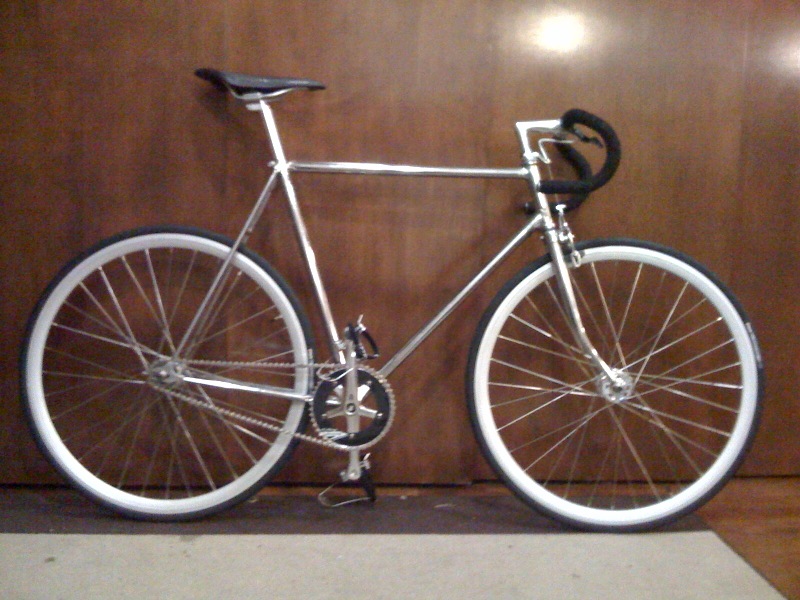 I bought this frame, pretty much by accident, in June 2008 and began the task of building it up from scratch. I didn't know what it was when I bought it, neither did the guy who sold it to me but after much research I'm much more informed now. I finished getting it roadworthy on July 31 with a rebuild of the integrated headset. Mr. Rollers, Will Campbell and Sean Higgins all helped out in one phase or another of this build, and the guys at Orange 20 helped tons. In my one day of riding it, I'm in love. It's the first steel bike I've ridden and wow, it feels crazy different than the aluminum I'm used to. It's geared to 46x16 and I'll probably be using this as my primary ride for a while to get the feel for it. Really loving it so far.