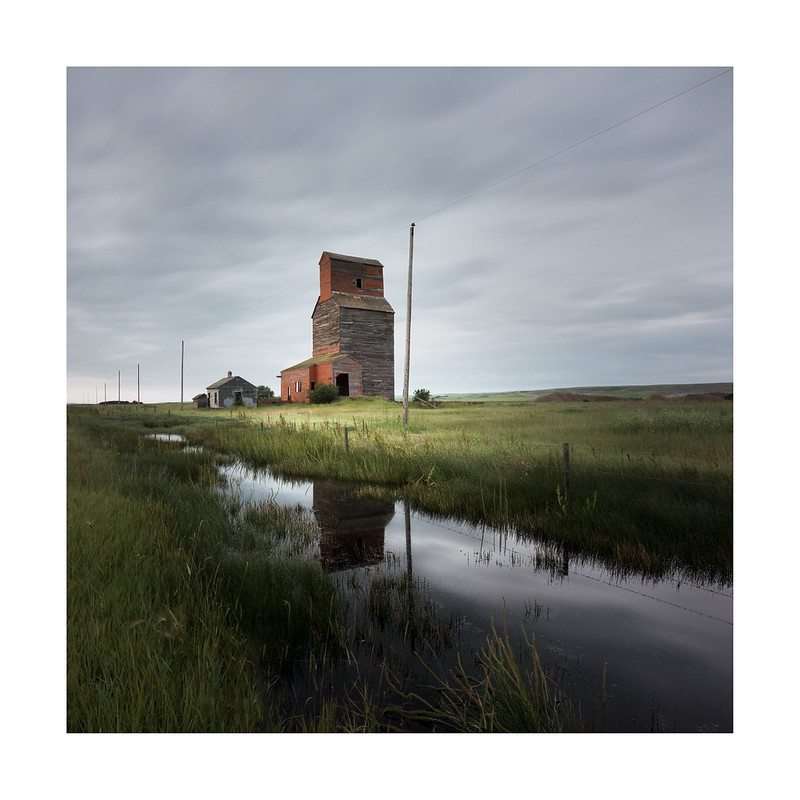 I visited the old ghost town of Neidpath twice - in 2014 and 2016. This image is from 2016 when there was a lot more rain than this year in which farmers and ranchers are suffering from near drought conditions.

There were once 4 elevators in this town; only two are left. This one (the Pioneer) was built in 1924 and closed in the early 80s.

From the archives: Neidpath, Saskatchewan, Canada. 2016.

At one time, grain elevators could be found every 8 to 10 miles along the railway lines in western Canada. That allowed most farmers to make a round trip to deliver grain with a horse and wagon in one day. Though they started appearing in the late 19th century, the number of grain elevators peaked in 1938, when there were nearly 6,000 primary (country) elevators in the Prairie provinces. Many factors led to the decline of the primary elevator: the Depression, increased mechanization, improved roads for transportation, rural depopulation, the closing of branch lines of the railway and the buying out or merging of the grain companies. In 2004 there were only 197 primary licenced grain elevators left in Saskatchewan. Many of the old, wooden elevators have been destroyed, but some, like this one in Dorothy Alberta, remain - weathered but beautiful and stalwart.

If you'd like to see more of my images from that trip, take a look at my Grain Elevator album or my Canadian Prairies album