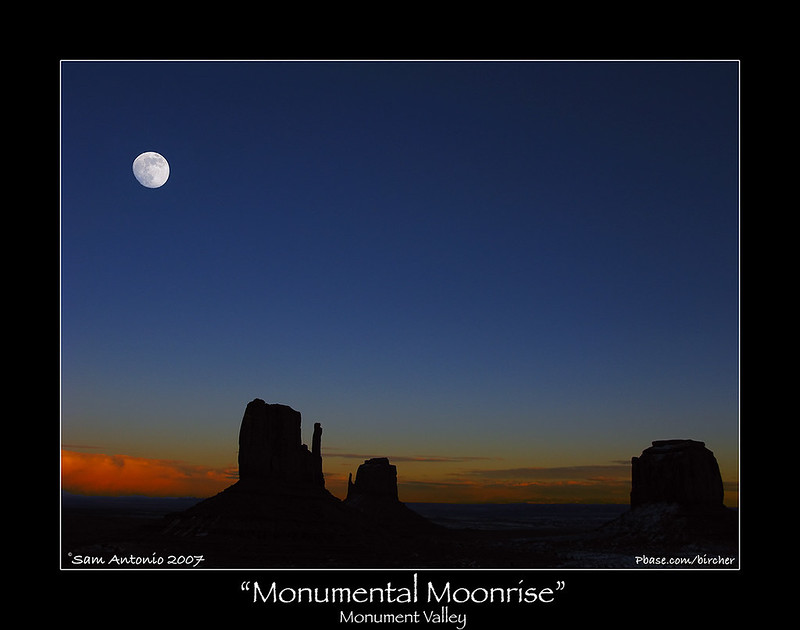 Monument Valley (or as the Navajos call it Tseí Biií Ndzisgaii) conjures up images of iconic western films namely because it was made famous by Hollywood director John Ford's films such as "Stagecoach" and "The Searchers" and his mainstay actor John Wayne. Even if you have never ventured to Monument Valley you would instantly recognize it due to the numerous movies, television commercials, music videos and print advertisements that have used this Navajo Tribal Park as a background. As a result, it is difficult to come away with some great photographs without having it be a cliche.

I always dreamed of making a pilgrimage to Monument Valley because I am a huge fan of the Western genre. Also, from a photographic point of view it is the apex symbol of the American Southwest.

Since this is a Navajo Tribal Park access is limited to a 17-mile self-drive circuit. The road is a bit rough in some areas but I drove it over the course of two days with a small compact rental car with ice in some places. My recommendation would be to take a guided tour to get an overview of the park and then come back later to do the valley drive to shoot in the best light. I stayed at Goulding's Lodge just outside the park boundary. It's a little more expensive than accommodations in Mexican Hat or Kayenta but every room has a private balcony with superb views of the valley.

I captured this photo with my amazing Canon Powershot G9 compact camera! It was very windy that day but I knew there was going to be a spectacular moonrise that evening. I was shooting with my Canon 5D on a tripod but the wind was kicking up so much that I called it quits and went back to my car. Once inside I saw this image and quickly grabbed the G9 and rolled down my window to capture this moment in time.