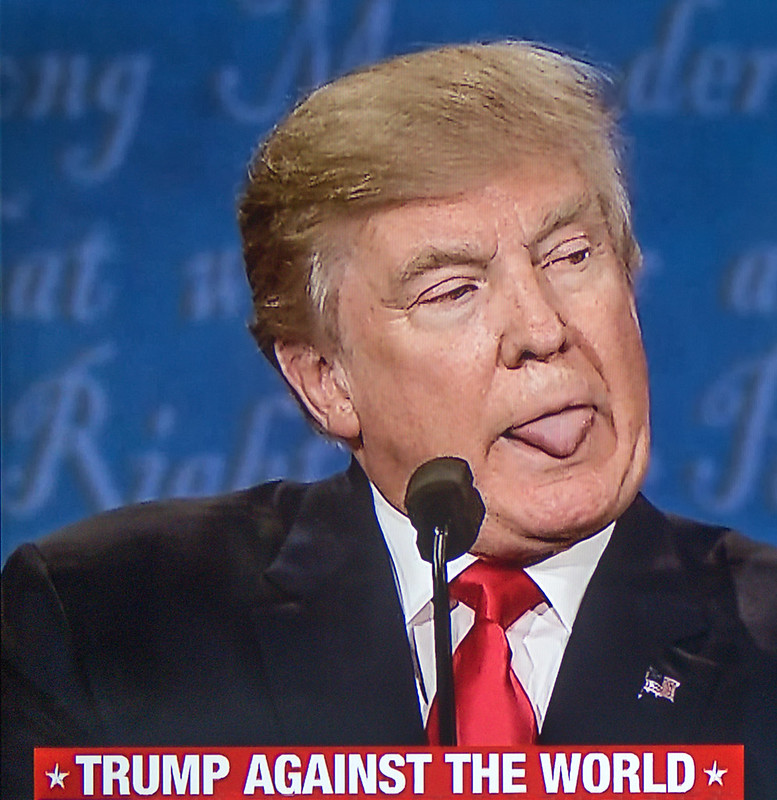 This is a photo I took in 2016 of the television screen during the presidential debate between Donald Trump and Hillary Clinton. It's a cropped section of a split-screen display on MSNBC. His image was not Photoshopped, other than the cropping. I freeze-framed the image on my DVR in order to catch the moment when he was wetting his lips.