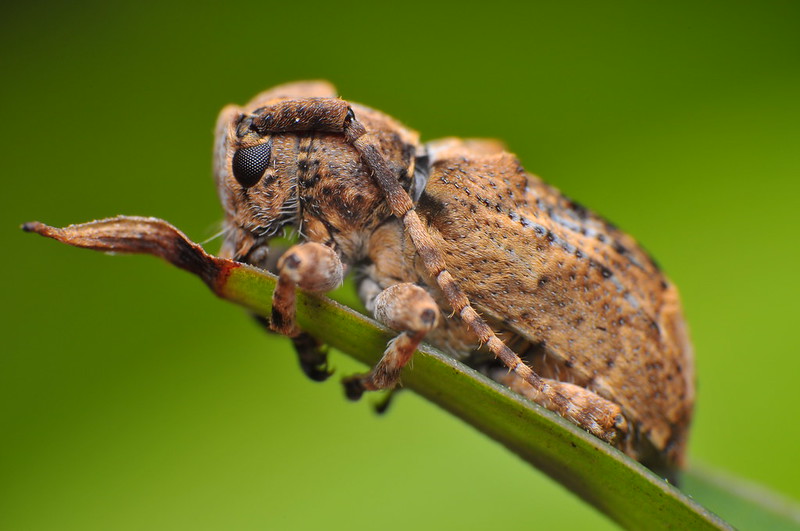 The longhorn beetles (Cerambycidae; also known as long-horned beetles or, more archaically, longicorns) are a cosmopolitan family of beetles, typically characterized by extremely long antennae, which are often as long as or longer than the beetle's body. In various members of the family, however, the antennae are quite short and such species can be difficult to distinguish from related beetle families such as Chrysomelidae. The family is large, with over 20,000 species described, slightly more than half from the Eastern Hemisphere. Several are serious pests, with the larvae boring into wood, where they can cause extensive damage to either living trees or untreated lumber (or, occasionally, to wood in buildings; the old-house borer, Hylotrupes bajulus, being a particular problem indoors). A number of species mimic ants, bees, and wasps, though a majority of species are cryptically colored.