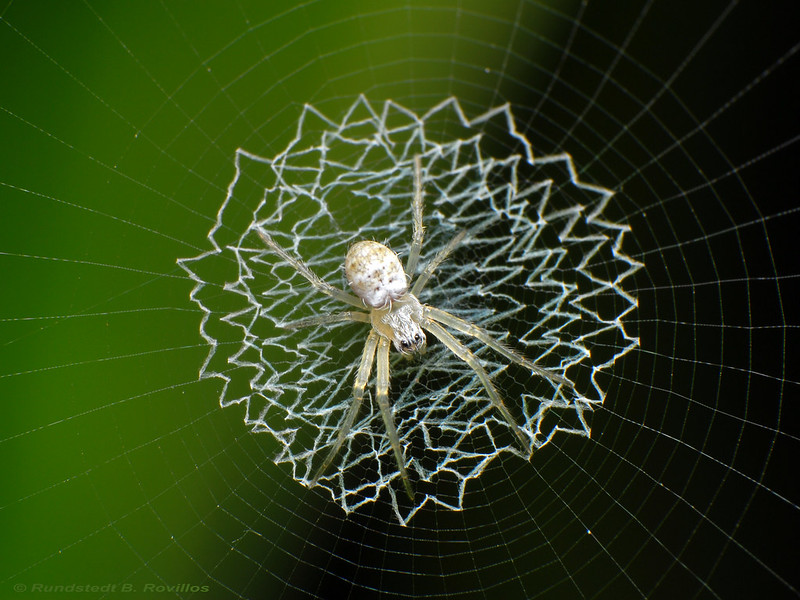 A web decoration or stabilimentum (plural: stabilimenta), is a conspicuous silk structure included in the webs of some species of orb-web spider.

Although web decorations are common in a number of spider species in the families Araneidae, Tetragnathidae and Uloboridae, they are probably best known from spiders of the genus Argiope that includes a number of species known as the St. Andrew's Cross spiders, so named for their habit of resting in their webs with their legs outstretched in the shape of an X, the traditional shape of the cross of St. Andrew. However, spiders in this genus also construct web decorations as a vertical line and juveniles commonly construct disc-shaped decorations. Other spiders also construct round structures covering the entire hub of the web.