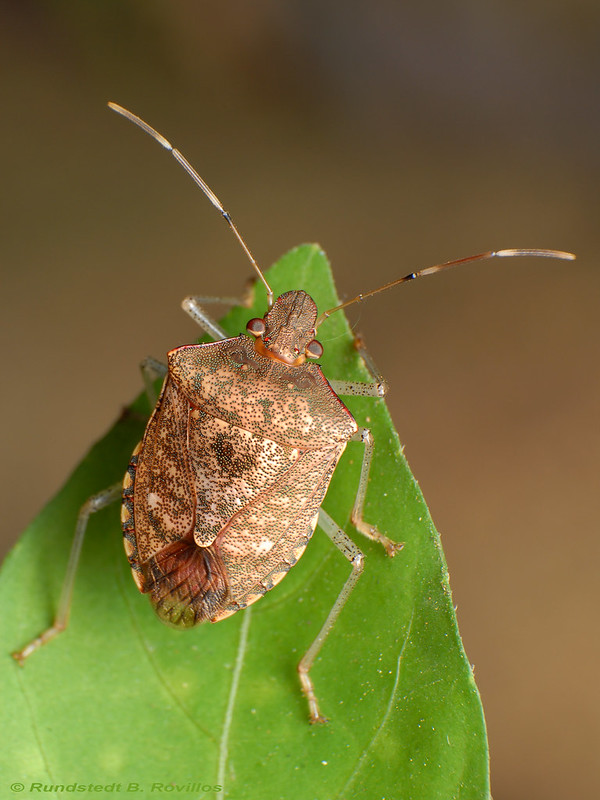 Probably the shield bugs are among the best known bugs in everybody's garden. They are named after their shape, which does remind one of the shields, knights used to defend themselves with in medieval times. Scientifically however they are not one family. Usually four families are considered belonging to the shield bugs, because of their shape and the fact that their antennae are comprised of five elements each. First of all we have the True Shieldbugs (Pentatomidae). They can be told apart from the other families by their large scutellum or shield, the triangular shield immediately behind the thorax shield. The Acanthosomatidae is the second family we consider being shield bugs. Having no common English names the members of this family usually are also referred to as shield bugs. Bigger species certainly do look like shield bugs, but many smaller species do not. The Burrowing Bugs, also called Burrower Bugs (Cydnidae) and the Shield-backed Bugs (Scutelleridae) are also part of the shield bugs, but both families are much smaller than the previous ones.