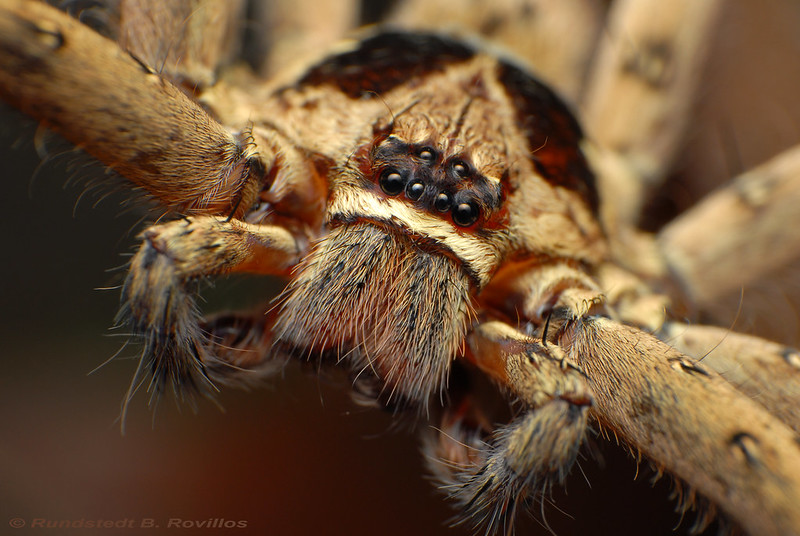 The brown huntsman spider, Heteropoda venatoria, is found in many tropical and subtropical parts of the world, including Asia, Réunion Island, the Caribbean islands, the Southeastern US, and (especially) Australia. In Hawaii, where it was introduced, it is known as the cane spider. They are fairly large, some having a leg span of approximately five inches (13 centimetres). Although they are rather fearsome in appearance, they are very easily alarmed by the approach of humans and will very rapidly flee.

The female brown huntsman can be recognized by her stout body and the pillow-like egg sac that she often carries under her. The male typically has a slender body, longer and thinner legs, and a distinctive pattern on his carapace. Both male and female are reddish-brown to grayish-brown in color, and slightly hairy.

Brown huntsman spiders do not spin webs. These spiders are known to hunt by waiting quietly on a vertical surface (or even a ceiling) and then rushing forward when their prey gets within close range. Their exceptional agility and speed, as well as their ability to contort and squeeze through tight spaces, give them a strong advantage both in capturing prey and evading predators. They feed at night. Brown huntsmen are welcomed in many homes as they feed on pests such as cockroaches and silverfish.