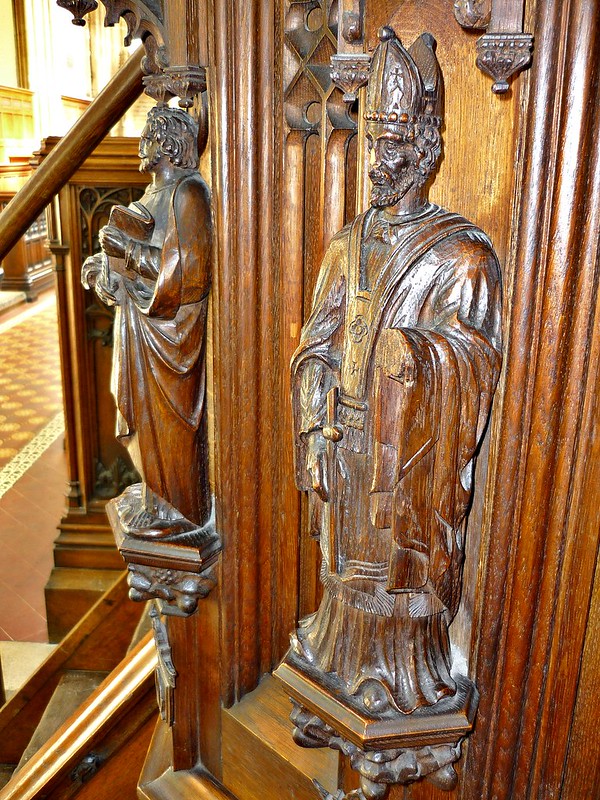 St Lawrence's Church is a redundant Anglican church in Evesham. It was built by the Benedictine monks of Evesham Abbey in the 12th century. The first documentary evidence of the church is in 1195, and it was dedicated by the Bishop of St Asaph in 1295. The church was significantly rebuilt around 1470, and from 1659, it ceased to have its own vicar and was served by the clergy of All Saints (another important medieval church nearby). The fabric of the church deteriorated and by the winter of 1718 it had become unusable. Repairs started in 1737, but these were done badly, and the roof collapsed in 1800. The church was then abandoned. In the early 19th century, Edward Rudge commissioned the architect Harvey Eginton, who carried out a major re-building in 1836–37. This included adding a north aisle in a similar style to the south aisle, and rebuilding the roof. During the 20th century, the size of the congregation declined. In 1978, the parish of St Lawrence united with that of All Saints, and St Lawrence's was declared redundant. It was vested in the Churches Conservation Trust the following year.