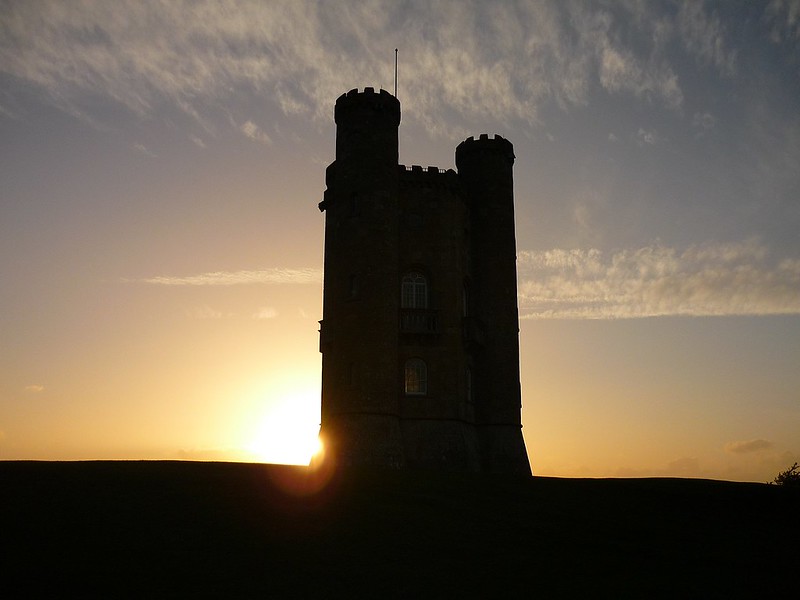 Broadway Tower (The Highest little castle in the Cotswolds) is one of England’s outstanding viewpoints and, at 1024 feet (312m) above sea level, it is the second highest point on the Cotswold Ridge.

The "Saxon" tower was designed by James Wyatt in 1794 to resemble a mock castle, and built for Lady Coventry in 1799. The tower was built on a "beacon" hill, where beacons were lit on special occasions.

The Tower is a perfect example of an eighteenth century Gothic folly from which it is possible to survey an area which includes as many as thirteen counties.

The views encompass the Vales of Evesham and Gloucester and on a clear day you may also see across the Severn Valley and as far as the Welsh Mountains.