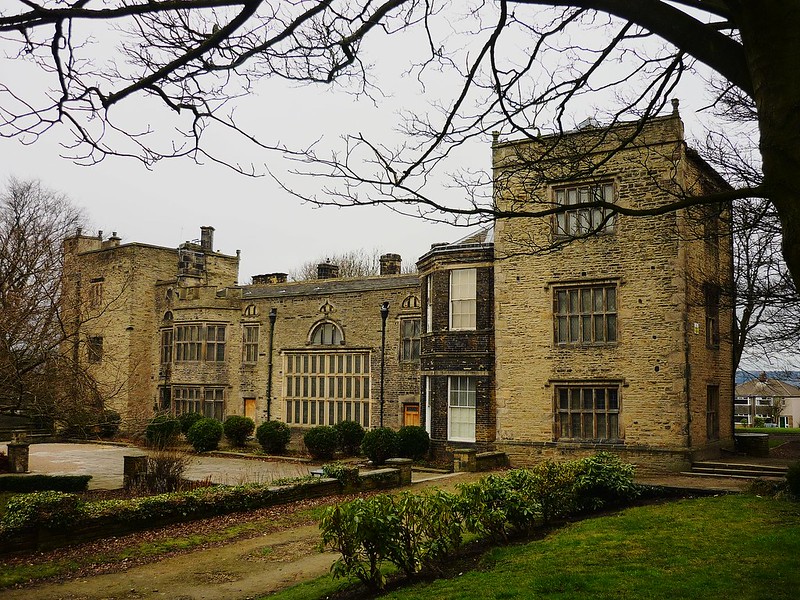 Bolling Hall is one of the oldest buildings in Bradford.

Before the Industrial Revolution (1760 to 1840), Bradford was a small town and difficult to defend as it lies in a basin. However, Bolling Hall occupies a commanding position on a hillside about a mile from the centre. The earliest part of the building dates from the 14th century and has been interpreted as a pele tower (a small fortified keep or tower house).

The Manor of Bolling (Bollinc) was first mentioned in the Domesday Book (1086) and was, at that time, in the possession of a man named Sindi. The manor then came under the control of Ilbert de Lacy. By 1316, it was owned by William Bolling who controled the estate until the late 15th century when it passed into the hands of the Tempest family, who held it until 1649. The estate changed hands several times thereafter and was eventually let to several tenants until it was presented to Bradford Corporation in 1912.

During the second siege of Bradford in 1643 (during the English Civil War), the house was a Royalist base. On this occasion, the Royalists took the town, which had strong Parliamentarian sympathies, and it was thought that the victors would put the inhabitants to the sword. There is a legend that a ghost appeared in the bedroom where the Royalist commander Earl of Newcastle was staying and told him to "Pity poor Bradford".

Bolling Hall has been used as a museum since 1915 and there is usually material on display relating to the English Civil War, including a death mask of Oliver Cromwell.

de Lacy (Laci, Lacie, Lascy, Lacey) is the surname of an old Norman noble family which originated from Lassy, Calvados. The family took a major role in the Norman conquest of England and the later Norman invasion of Ireland. The name is first recorded for Hugh de Lacy (1020–1049). His sons, Walter and Ilbert, left Normandy and travelled to England with William the Conqueror, playing a major role in the battle of Hastings. The awards of land by the Conqueror to the de Lacy sons led to two distinct branches of the family: the northern branch, centred around Blackburnshire and west Yorkshire was held by Ilbert's descendants; the southern branch of Marcher Lords, centred on Herefordshire and Shropshire, was held by Walter's descendants.

Until 1399, the northern branch of the family held the great Lordship of Bowland before it passed through marriage to the Duchy of Lancaster, as well as being Barons of Pontefract and later Earls of Lincoln.

The southern branch of the family became substantial landholders in the Lordship of Ireland and was linked to the Scottish royal family; Elizabeth de Burgh, whose great grandfather was Walter de Lacy, married Robert the Bruce, King of Scotland.