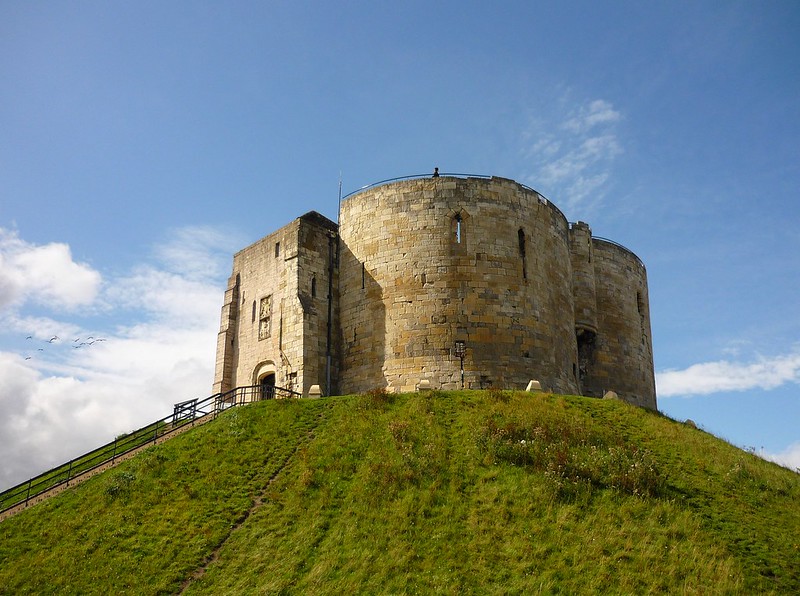 York Castle in the city of York, England, is a fortified complex comprising (over the last nine centuries) a sequence of castles, prisons, law courts and other buildings on the south side of the River Foss. The ruined keep of the medieval Norman castle is sometimes referred to as Clifford's Tower. Built originally on the orders of William I to dominate the former Viking city of York, the castle suffered a tumultuous early history before developing into a major fortification with extensive water defences. After a major explosion in 1684 rendered the remaining military defences uninhabitable, York Castle continued to be used as a jail and prison until 1929.