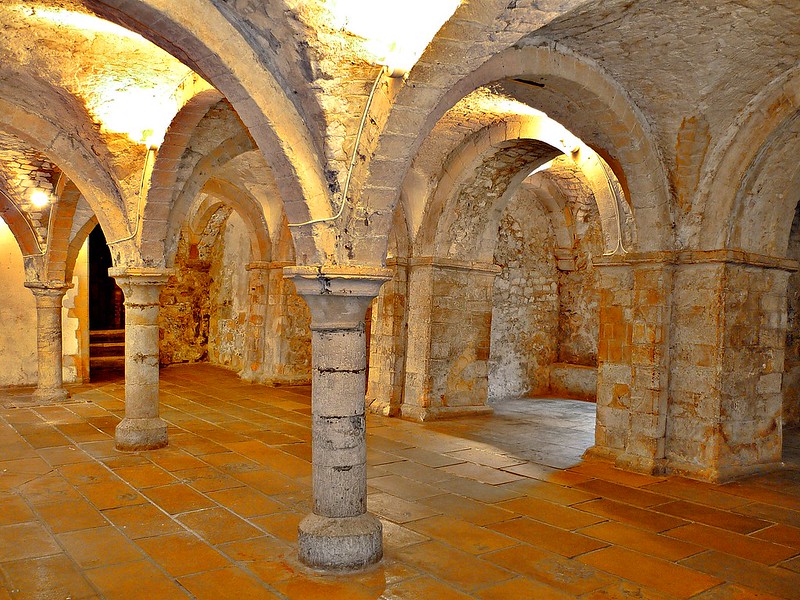 The photo was taken in the undercroft of Eastbridge Pilgrims' Hospital of St Thomas in Canterbury. This is where poor medieval pilgrims who visited the shrine of Thomas Becket used to sleep. Thomas Becket was Archbishop of Canterbury from 1162 until his murder in 1170. He is venerated as a saint and martyr by both the Catholic Church and the Anglican Communion.

Edward Fitz Odbold, a wealthy Canterbury merchant, built the Hospital. Records show that It was already in existence by 1172. Rolph, Becket's nephew, was probably the first master. The Hospital contains a large medieval fresco of Christ and is also an alms house with several permanent residents (see other photos in the set).

In March 2011, I lived in a small room in the top of the building for two months while I took a series of photos for some new post cards. I have no idea if the new cards have been printed yet. As of April 2012, they had not been printed.