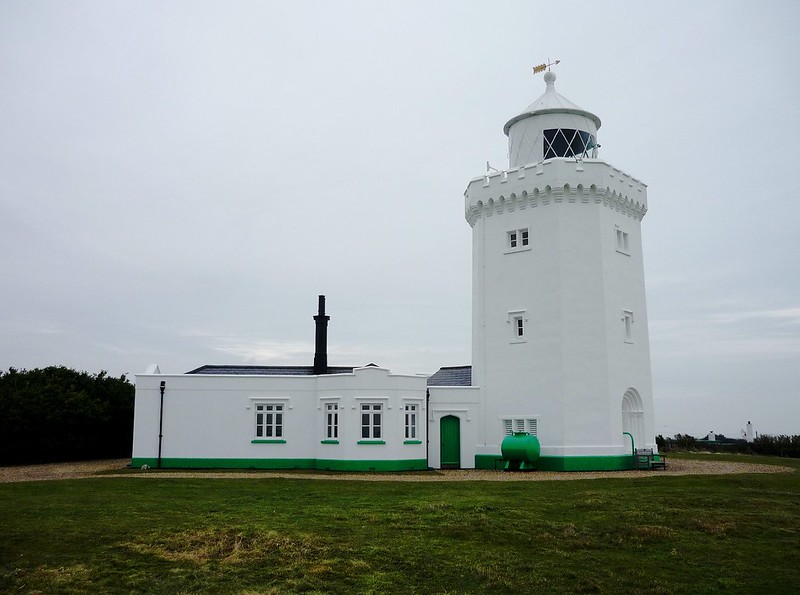 South Foreland Lighthouse is a Victorian lighthouse on the South Foreland in St. Margaret's Bay near Dover in Kent. It used to warn ships approaching the nearby Goodwin Sands, but went out of service in 1988 and is currently owned by the National Trust.

A lighthouse had previously stood on the site since at least 1730, and during most of this time it was manned by the Knott family (lighthouse keepers).

South Foreland was the first lighthouse to use an electric light. By 1875 the lighthouse was using carbon arc lamps powered by a steam driven magneto.[1]