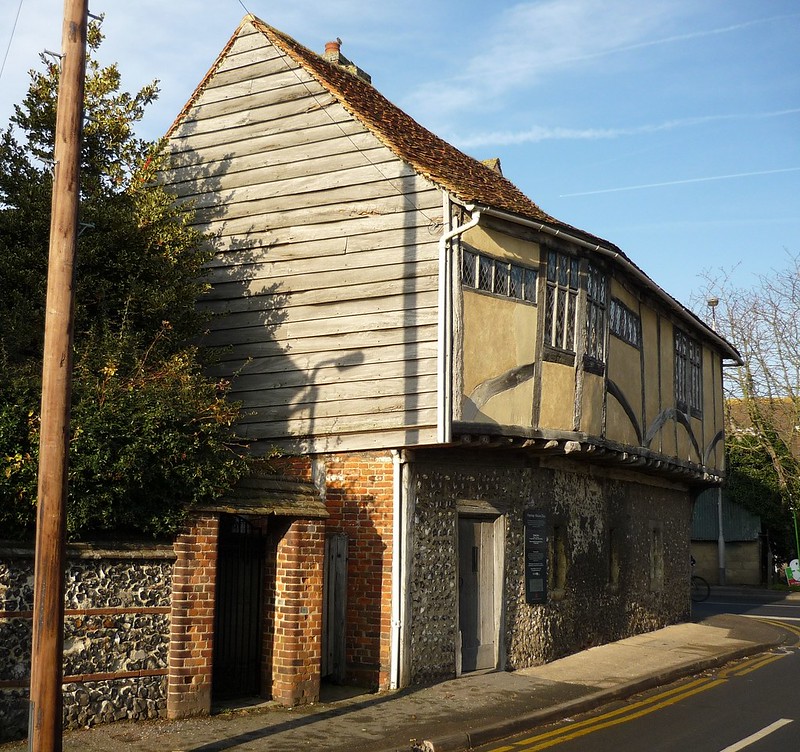 The Maison Dieu (House of God) in Ospringe near Faversham was founded in 1235 by King Henry III and was run by the Knights Templar. It formed part of a hospital, royal lodge and almshouse and had a "Camera Regis" for the King's use when he was going to France by way of Dover. With the dissolution of the monasteries (by Henry VIII in 1516), it was given to St. John's-College, Cambridge. Countless crowned heads, English and European, stayed here overnight on their way to and from London and Dover.