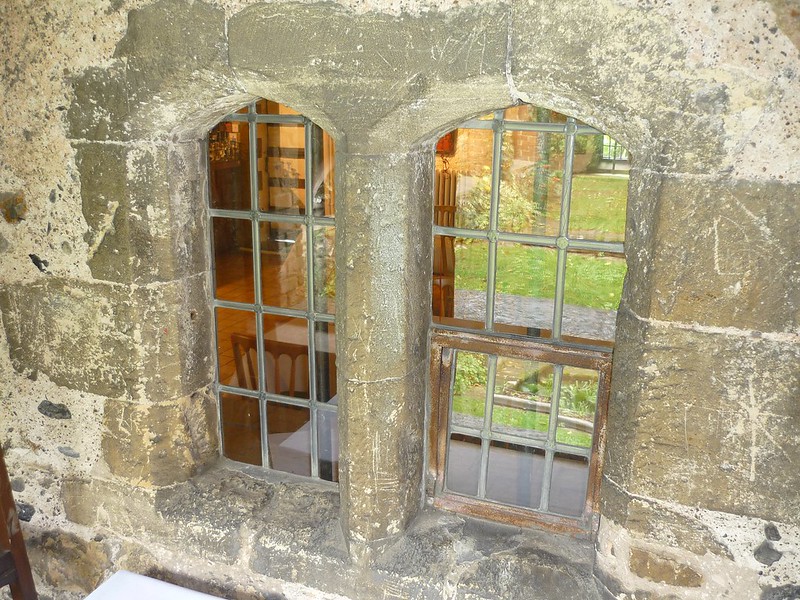 Cloister windows (with medieval masons' symbols and other ancient graffiti).