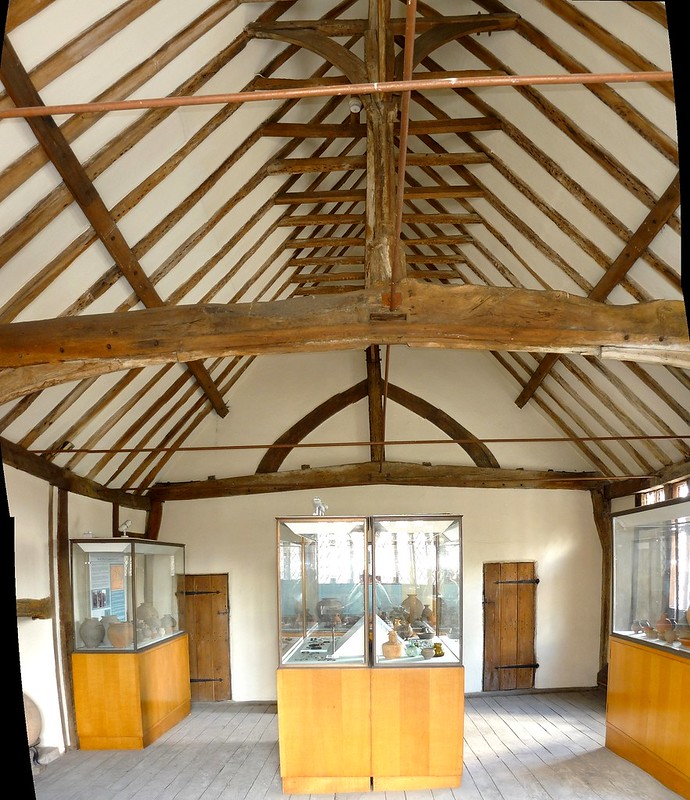 The Great Hall (now used to display Roman artefacts found in the area).

The Maison-Dieu (House of God) in Ospringe (near Faversham) was founded in 1235 by King Henry III and was run by the Knights Templar. It had a " Camera Regis" for the King's use when he was going to France by way of Dover. With the dissolution of monasteries (Henry VIII, 1516), it was given to St. John's-College, Cambridge. Countless crowned heads, English and European, stayed here overnight on their way to or from London and Dover.