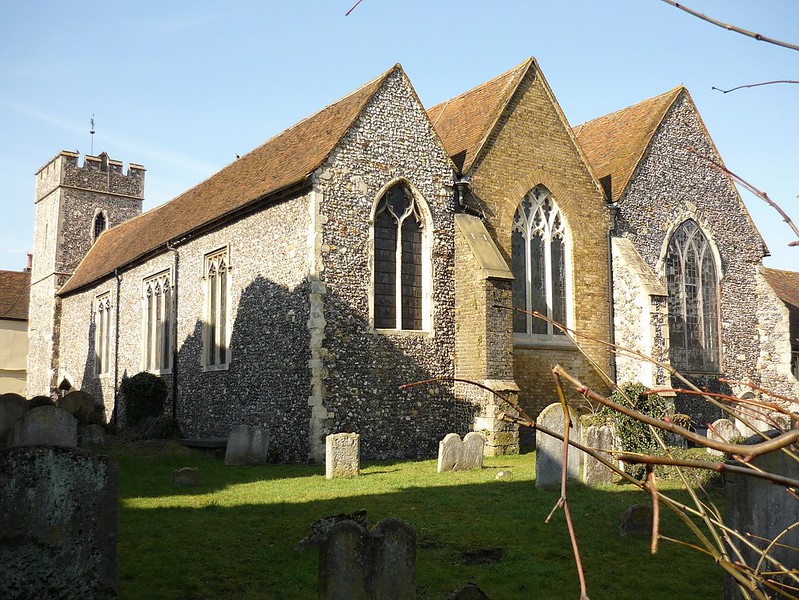 The original Roman church was rebuilt by St Augustine in the late 6th or early 7th century. It was rebuilt again in the late 11th century. The tower incorporates sections of Roman tile and Saxon cornerstones and houses a set of ancient bells dating respectively from 1325, 1430, 1599 and 1637.

In 1448, Henry VI gave Canterbury the right to elect a mayor. The 'Mayor-Making' ceremony was held at St Peter's. A special rest for the mayoral mace and sword can be seen in the church, and many early mayors of Canterbury are buried in the church or the churchyard.

A brass within the church commemorates the Hugenots and Walloons, Flemish weavers and cloth-workers who made up such a high proportion of the population in this area during the 16th and 17th centuries.

The font is Norman and made of Bethersden marble surmounted by a 17th century cover. The nave is 12th century and there is some 14th century stained glass. The south aisle is 14th century.