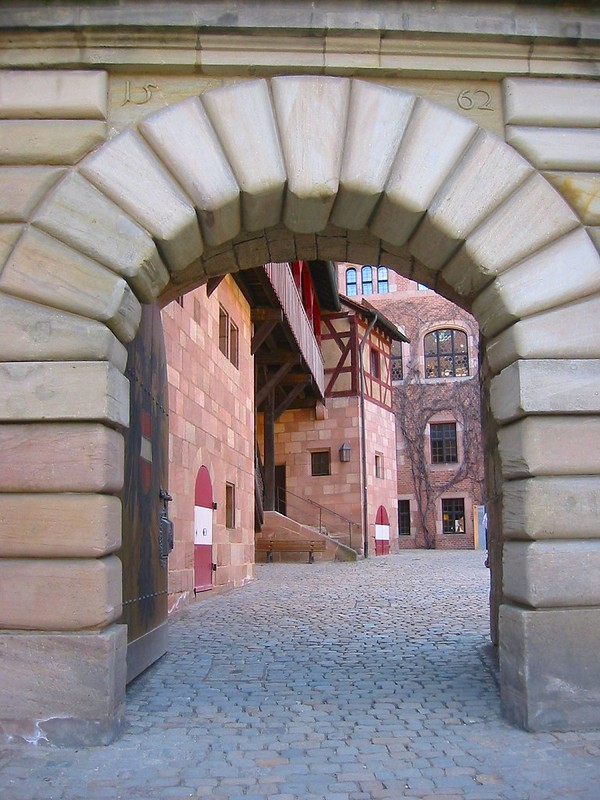 Between 1050 and 1571, all Kaisers and kings of the Holy Roman Empire resided in Nuremberg Castle. In 1140, King Conrad III started building a second castle on the site, which was to be the royal residence.

In the 13th century, Nuremberg became an Imperial Free City. In 1381, the 'good king', Baron Eppelein von Gailingen, famously escaped death on the gallows when his horse leapt into the castle moat.

In the second quarter of the 19th century, measures were taken to preserve the buildings, in particular by Carl Alexander Heideloff, August von Voit and August Essenwein.

The castle was heavily damaged during the Second World War with only the double chapel remaining entirely intact. After the war, all parts of the castle were restored to their historical form (as often happened throughout Germany), including the Luginsland tower, which had been completely destroyed.