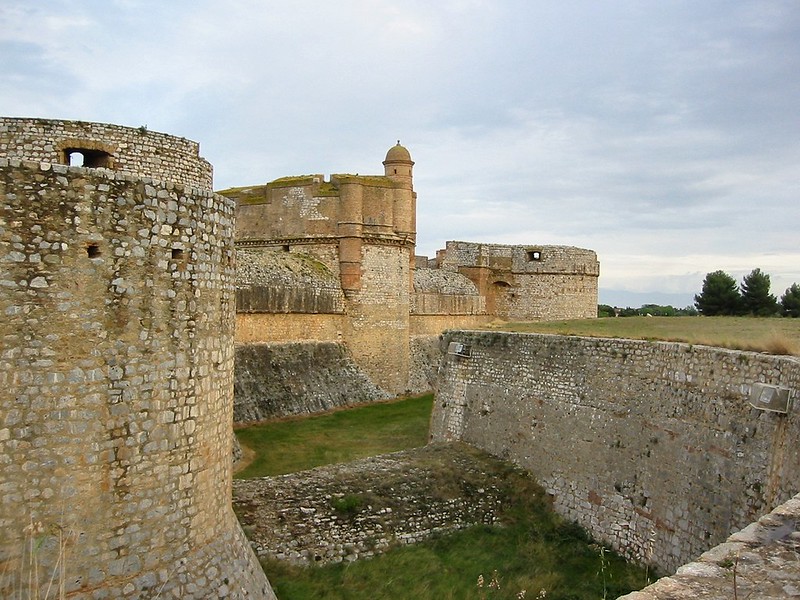 Built between 1497 and 1504 on the order of Ferdinand the Catholic, King of Aragon, to keep France out of the Roussillon region.

Designed by Francisco Ramiro Lopez, the king’s first artilleryman, the fortress of Salses is a masterpiece of military architecture, a notable example of the transition from medieval château (the fortress has a keep and round towers framing long curtains) to modern fortress (it is strictly geometrical with deep foundations).

With walls almost ten metres thick, the construction has three to seven levels connected by a labyrinth.

After the Treaty of the Pyrenees was signed, it came into French hands and was the home of Vauban.

The castle, and the route it protects, played a strategic role in a large number of wars thought the centuries, ranging from Hannibal to the 30-year war.

The kings of Aragon feature in the Perillos mystery, and in the 1960’s, the French adventurer and writer André Malraux tried to obtain the building plans to get information about the subterranean waterways and chambers of the fort.

According to a local of Opoul-Perillos, the wood that was used for the fort came from Perillos.