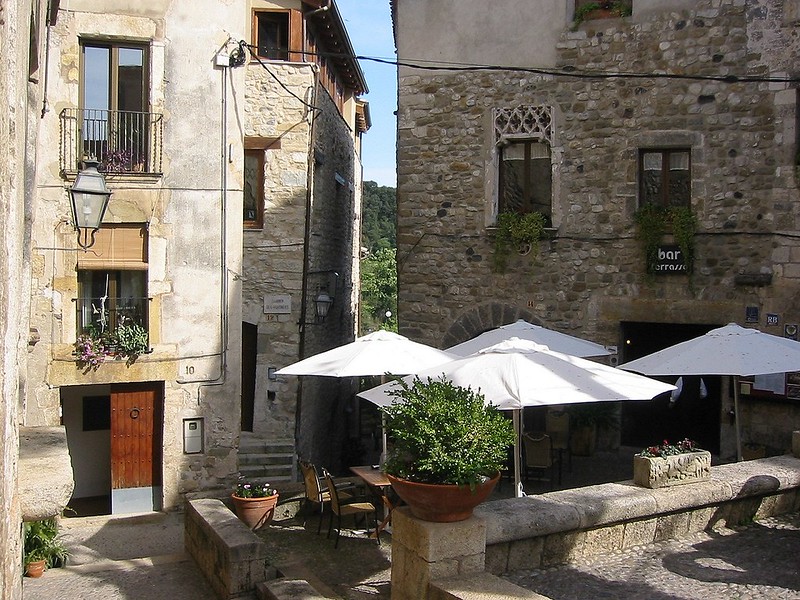 Besalú is an ancient town in the comarca of Garrotxa in Catalonia. It was once the capital of the medieval county of Besalú which once extended as far as Corbières in the Aude in France. Wilfred the Hairy, credited with the unification of Catalonia, was Count of Besalú. The town was also the birthplace of Raimon Vidal, a medieval troubadour.

The town's most significant feature is its 12th-century Romanesque bridge over the river Fluvià. The church of Sant Pere was consecrated in 1003. There is also a restored Mikva - a ritual Jewish bath dating from the eleventh or twelfth century.