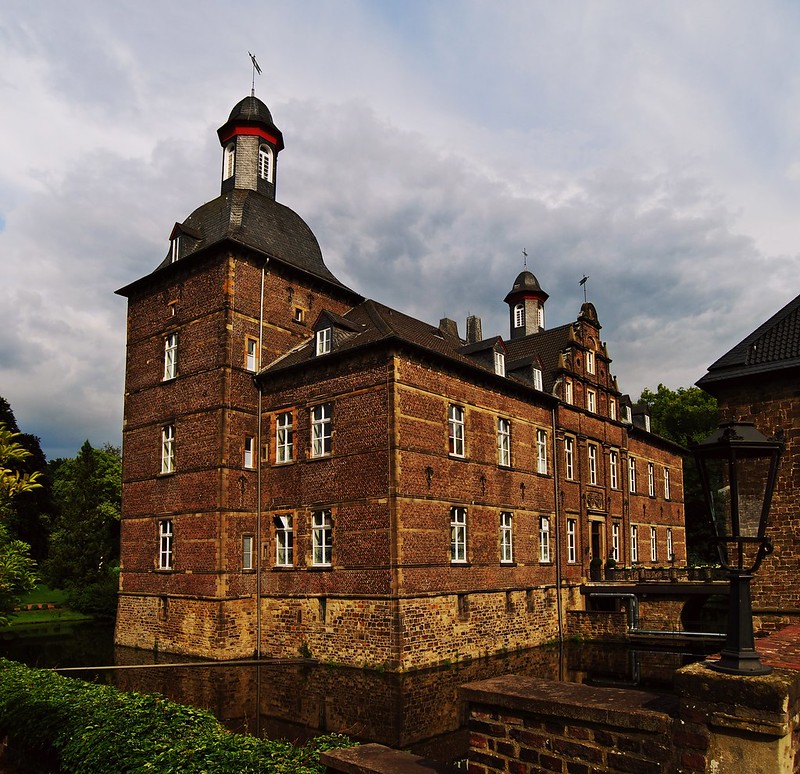 In 778, this region of Essen formed part of the manorial domain of Charlemagne. A castle has stood here since early medieval times. The present castle, which dates from 1650, was acquired by the von Fürstenberg family at the beginning of the 19th century. It is now a luxury hotel.

According to legend, in earlier times, the “hugen“ (toads) would sit in their “poet“ (puddle), allegedly waiting to become the Frog King.